Corey Taylor: Stone Sour Has “Run Its Course for Now” 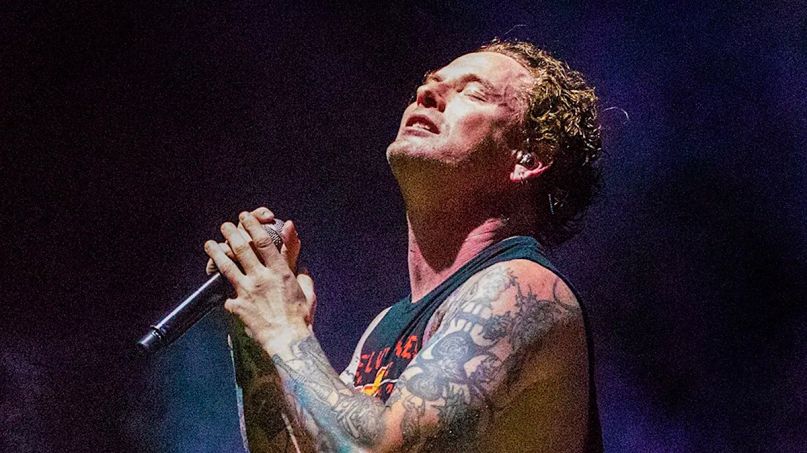 Corey Taylor has long juggled his time between Slipknot and Stone Sour, but now he’s putting the latter band on “indefinite hiatus.” In fact, in a new interview, the singer makes it sound as if Stone Sour may not come back at all.

Stone Sour have always provided a nice balance to the extreme metal of Slipknot, allowing Taylor to unmask and deliver heavy rock that is a bit more radio friendly. Now, it appears Taylor will achieve that balance with his own solo project, for which he recently announced his debut album, CMFT.

When asked about the status of Stone Sour, the singer told the Australian podcast The Greenroom with Neil Griffiths, “I feel like Stone Sour has kinda run its course for now. We all talked as a band and decided to kinda put Stone Sour in indefinite hiatus. That’s the way it is.”

Back in June, Taylor also mentioned a hiatus for Stone Sour to Eddie Trunk on the Trunk Nation SiriusXM show. “If someday we wanna get back together and do some stuff, it’ll be bigger than it was,” he said. “But for right now, we’re all kind of focused on kind of doing our own thing. But you never say never in this business.”

Assuming that touring will resume next year, Taylor seems to have the next few years mapped out with Slipknot and his solo project. Slipknot will have a ton of shows to make up in 2021, after canceling their 2020 touring plans due to the pandemic. And not only is Taylor releasing his debut solo album on October 2nd, he also said he wants to record a second solo LP once Slipknot finish up their tour cycle, and then hit the road in support of both his solo albums at once.

As it is, Taylor’s solo project features a backing band that includes Stone Sour guitarist Christian Martucci. One of the two solo singles released, “Black Eyes Blue”, was the most added track at Mainstream Rock radio last week.

Overall, Stone Sour have released six albums, with their most recent being 2017’s Hydrograd. Beginning with their 2002 self-titled debut, they’ve placed eight songs in the Top 10 of the Mainstream Rock chart, including three No. 1 singles.