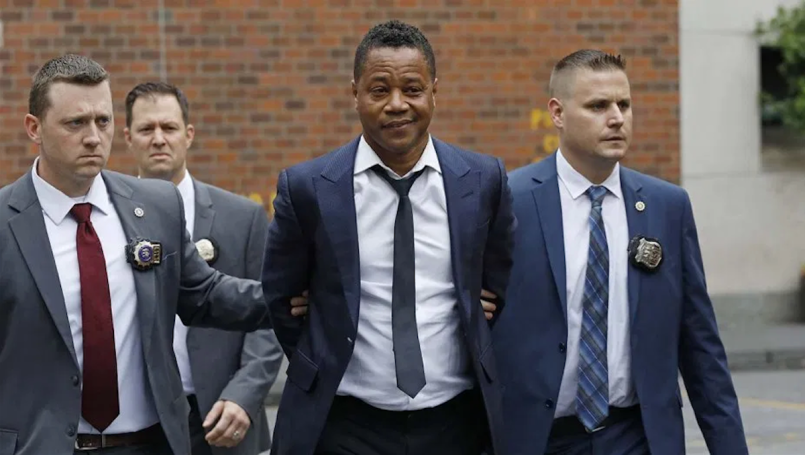 Another woman has accused Cuba Gooding Jr. of sexual misconduct. According to Page Six, a new lawsuit alleges that in 2013, Gooding lured a woman into a New York hotel room and raped her twice.

The Academy Award-winning actor was previously arrested last summer, and is now standing trial for six misdemeanor sexual abuse counts following allegations made by three different women. One claims he squeezed her breast at the Moxy Hotel in Times Square; another that he engaged in forcible touching in a Manhattan nightclub; and a third, a server at the Tao Downtown restaurant, says he pinched her rear end.

The newest accusations are even more serious. The woman, identified only as “Jane Doe,” claims to have met Gooding in the VIP section of a Greenwich Village club in August of 2013. Gooding then allegedly invited her back to his hotel in Soho for drinks, and she agreed. Before they reached the Mercer Hotel bar, the actor asked her to stop at his room so he could change.

While he began to undress, Gooding reportedly put on music by Mumford & Sons. The Jane Doe alleges that she verbally requested to leave the room and go to the bar downstairs. However, according to the suit,

“Plaintiff was wearing a halter top dress that evening. Defendant finished taking off his clothes (he was now completely naked) and forcibly and without consent put one hand in her halter top to touch Plaintiff’s breasts and one hand up her dress.”

The lawsuit goes on to state the woman said “no,” several times. The actor then allegedly raped her both vaginally and anally. Afterwards, she “hurriedly left the hotel room,” and headed “downstairs in order to meet her friend.” She is demanding a jury trial and unspecified damages.

Gooding responded through his attorney Mark Heller. “The allegations are completely false,” Heller said. “No complaint was lodged seven years ago.”