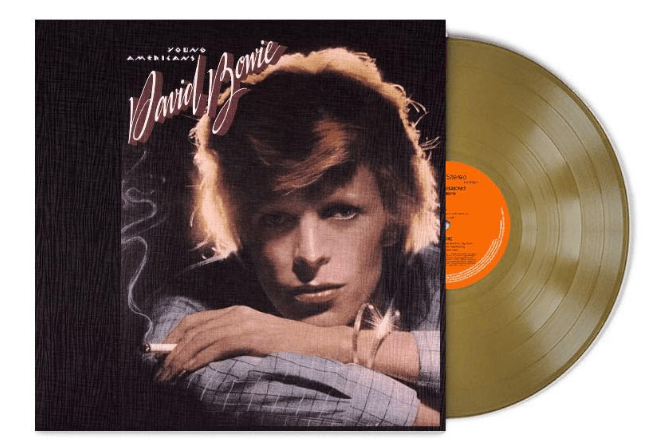 Due out on September 18th, the reissue comes pressed on “brick and mortar” gold-colored vinyl.

Bowie’s self-described “plastic soul” album, Young Americans was recorded in Philadelphia with longtime producer Tony Visconti. Bowie drew heavily on the sounds of city, including local dance halls. He later finished the album in New York City with assistance from John Lennon. Below, you can revisit the album’s standout single, “Fame”.

The forthcoming reissue is is the latest in a string of Bowie archival titles to be released as of late. This coming Friday brings Something in the Air (Live Paris 1999), a 15-track LP capturing Bowie’s 1999 performance in France as part of his “Hours Tour”. Back in May, the Earthling-era live album LiveandWell.com received its first wide commercial release. And prior to to that, ChangesNowBowie unearthed nine previously unreleased tracks from an acoustic session in New York in 1996.