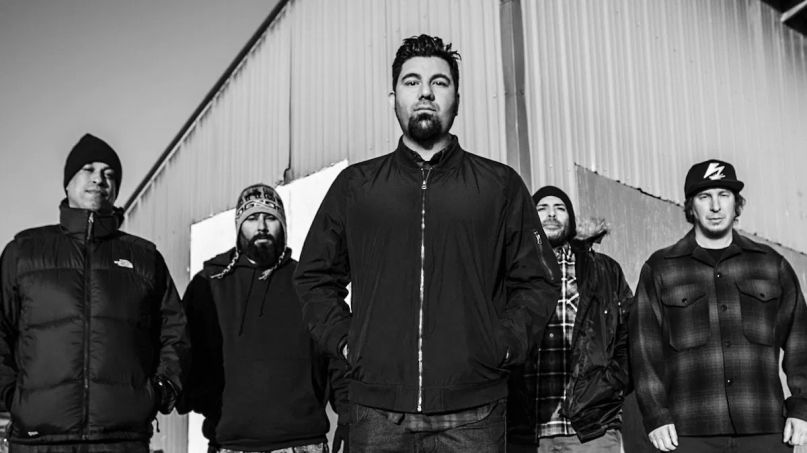 Deftones have seemingly revealed the title for their upcoming new album after a series of cryptic hints and morse code decipherings.

The band’s ninth studio album will apparently be called Ohms — revealed by the first letter in the a series of videos of previously released songs Deftones shared in recent days.

It concluded with the White Pony track “Street Carp”, posted on the band’s Instagram story yesterday. Hence the final “s” in Ohms.

The title also corroborates an interview with frontman Chino Moreno several weeks ago, during which the singer revealed the title to be Ohms, according to The PRP. The interview was then deleted by the Deftones camp, the site reported.

Moreno also spoke with Kerrang! about the upcoming Terry Date-produced album in a brand new interview. He addressed guitarist Stephen Carpenter’s detachment during the making of 2016’s Gore, explaining that the new album was more of an inclusive group effort.

“When you’ve made a lot of records with the same people, everybody has to be engaged,” Moreno said. “We’ve learned the hard way. A perfect example would be Gore, when Stef basically admitted, like, ‘I didn’t have much to do with this record.’ And that was not because we didn’t want him — my favorite ideas of Deftones songs are ones that he spearheads!”

He added: “When the record came out, I think people felt that Stef wasn’t as big a part of it and that it may have suffered in certain areas because of that, so one of the most important things [with the new album] is that everybody is engaged and everybody is excited.”

The COVID-19 pandemic delayed production of the new LP and halted Deftones’ 2020 touring plans — dates that have been rescheduled for next year. As previously reported, all signs point to a September 25th release date.