Deftones Appear to Be Teasing New Album for September Release 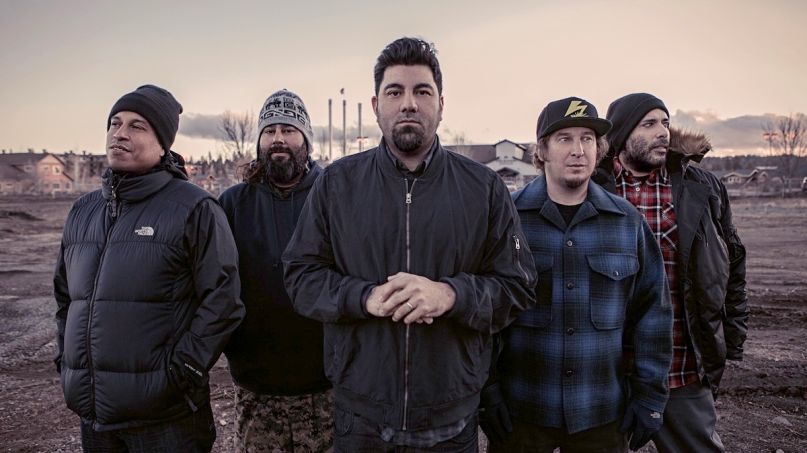 Deftones are up to something, and it could very well have to do with their highly anticipated ninth album. Over the past few days, the band has been offering up teases online, with at least one suggesting a September 25th release date.

First, the veteran alt-metal act blacked out the profile photos on all its social media pages, suggesting a big announcement is imminent. More specifically, the band’s official site defaults to the URL “deftones.com/0925“, strongly hinting that the new album will arrive on September 25th. The website also features a mysterious square image made up of hundreds of dots.

If that wasn’t enough, Deftones posted the cryptic animated message “No you will never find me” on Twitter. The line is from the band’s song “One Weak” off their debut LP, Adrenaline. Does that mean news is coming in one week?

The potential September 25th drop date falls in line with comments made by drummer Abe Cunningham, who back in June revealed that the band had completed the new album, and mentioned a possible September release.

As of now, there’s not too much known about Deftones’ ninth LP, other than that it was produced by Terry Date, who helmed the band’s first four albums, including the favorites Around the Fur and White Pony.

One other possibility for the tease could be a 20th anniversary edition of White Pony. During a virtual press conference with media back in June, singer Chino Moreno revealed that the band planned to reissue the 2000 album with a bonus disc called “Black Stallion”, which would feature new mixes of each track on the LP.

Originally, Deftones hoped to release their new album in time for a summer headlining tour with support from Gojira and Poppy. That plan was nixed when the COVID-19 pandemic shut down the concert industry and eventually forced Deftones to reschedule the trek for summer 2021.