The Hollywood icon saves the day once more 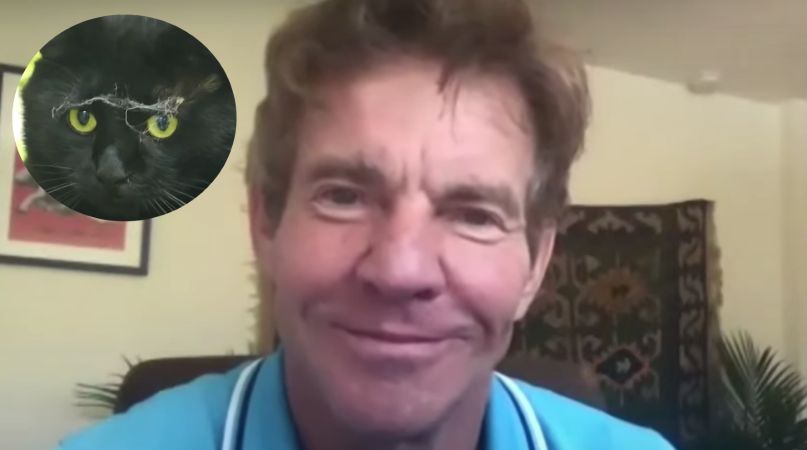 Dennis Quaid is no stranger to being a hero. He saved SeaWorld in 1983’s Jaws 3-D. He saved Martin Short’s body in 1987’s Innerspace. Hell, he even changed time to save his son’s life in 2000’s Frequency. Now, he’s saved a cat from a less-than-stellar fate, but not just any cat … a feline by the name of — drumroll, please — Dennis Quaid.

As The A.V. Club points out, the blockbuster star recently learned that there was a shelter cat with his namesake out in Lynchburg, Virginia. So, naturally, he did what any self-respecting hero like he would do: He adopted Dennis Quaid the cat.

“It was really off the wall, but I just couldn’t resist. I had to,” Quaid told WSLS 10 News, contending: “…I’m out to save all the Dennis Quaids of the world.” He’s not kidding, either. In addition to his duties as a leading Hollywood man, Quaid also hosts the podcast series The Pet Show, which finds him talking about all the world’s greatest critters. Who knew.

Not surprisingly, Quaid and his co-host Jimmy Jellinek had to do some major convincing to pick up Dennis Quaid the cat. “I was like there is no way this is real, like, someone is pranking us,” recounted Lynchburg Human Society shelter manager Danielle Ulmer.

Catch the full story below and follow Quaid’s lead by seeking out your local animal shelter. This writer would gladly pick up a Siamese or a Tabby cat were it not for his crippling allergies, the likes of which will one day kill him.