Both US shows are set for September 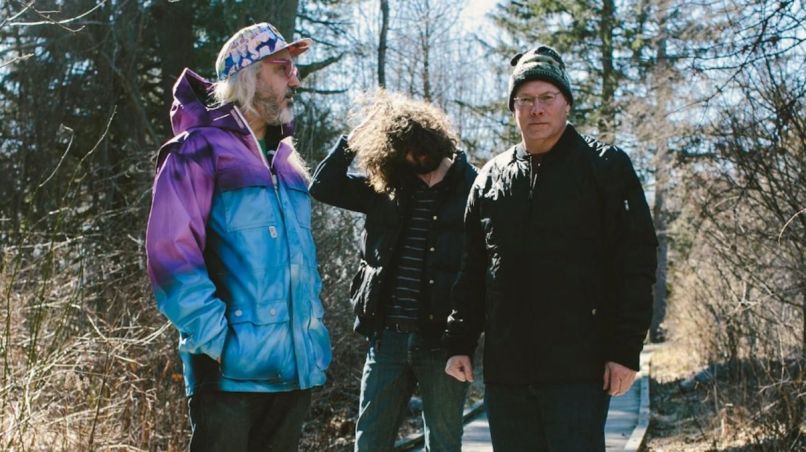 September is shaping up to be quite the busy month for Dinosaur Jr. In addition to releasing a new live album for Record Store Day, the rock outfit has just announced two outdoor, socially distanced concerts in the US.

The first is set for September 11th at South Farms in Morris, Connecticut, and is part of the Twilight Concerts on the Farm series. In order to protect against COVID-19, attendees for this show will be required to undergo temperature checks and fill out questionnaires. The venue space will be divided up into two-person capacity “grids”, and concertgoers are asked to wear masks at all times when leaving their respective grids. Other safety precautions to expect include frequent hand sanitizer locations, one way foot traffic, and cashless payment systems.

As for the second Dinosaur Jr. gig, that takes place the following evening on September 12th at the Cheshire Fairgrounds in Swanzey, New Hampshire. The veteran rockers will specifically take the stage at the Fairgrounds’ Monadnock Drive-In Theater. One purchased ticket is good for one entire car, and each vehicle can hold up to five people. Along with social distancing requirements, organizers ask that folks wear masks anytime they leave their car. Additionally, shows won’t run any longer than 90 minutes with no set breaks “to alleviate the need for restrooms.”

Tickets for these concerts go on sale this Friday, August 14th at 10 a.m. ET over on Dinosaur Jr.’s official website; you’ll be able to find them here, too.

Outdoor concerts, especially the drive-in kind, are offering music lovers a temporary and safe respite from confined pandemic lockdown — assuming artists actually follow coronavirus health guidelines (*cough cough* The Chainsmokers). Some promoters have attempted to throw indoor concerts, such as our friends across the pond in the UK, but they haven’t been all that successful.

In related news, Dinosaur Jr. have reportedly finished recording a new album, their first since 2016’s Give a Glimpse of What Yer Not. They teased the project by playing a new song during a livestream back in May.