His first Disney movie since the High School Musical trilogy 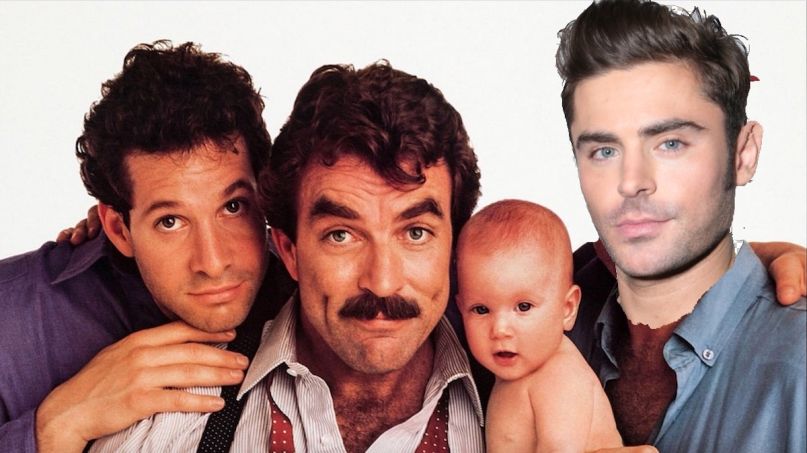 Three Men and a Baby and Zach Efron

Hold on to your diapers. Disney Plus has revealed they’re working on a Three Men and a Baby remake starring Zac Efron. This is his first movie with Disney since the High School Musical trilogy wrapped up in 2008.

So far, not much is known about the Three Men and a Baby remake except that it’s being produced by Gordon Gray (The Rookie, The Way Back) and it will be handled by Disney’s live-action division. So far no director or screenwriter has been announced for the project, notes The Hollywood Reporter.

There’s a good reason Disney is eyeing the ’80s hit again. When it came out in 1987, the comedy was their first live-action film to surpass $100 million at the domestic box office.

Originally a remake of a French film, Three Men and a Baby follows three New York City bachelors (Tom Selleck, Steve Guttenberg, and Ted Danson) as they struggled to care for an infant who suddenly and accidentally showed up in their lives, all while drug dealers try to locate said baby.

It will be interesting to see Efron return to his roots considering he’s spent a great deal of his career distancing himself from the “Disney kid” image. After starring in a string of comedy jock roles in the early 2010s, he then pivoted to the dark Ted Bundy indie Extremely Wicked, Shockingly Evil and Vile, his Netflix environmental documentary series Down to Earth, and the newest Scooby-Doo film Scoob!.