In order to extend unemployment benefits, Trump will siphon money from FEMA -- just as Frank Underwood did in the Netflix show 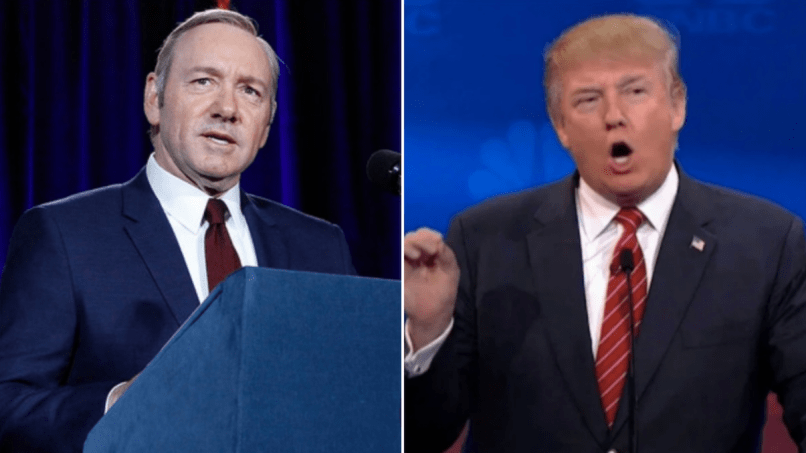 With the 2020 presidential election less than three months away, Donald Trump is willing to do just about anything to boost his ratings — and that includes channeling his inner conniving Frank Underwood. Trump’s confusing and legally dubious new set of executive orders addressing coronavirus relief literally mirrors a plot from House of Cards.

Under mounting pressure, Trump circumvented Congress on Saturday and signed new executive orders that call for additional aid for struggling Americans. The executive orders include a call for a federal eviction ban, a payroll tax suspension, temporary relief for federal student loans, and an extension of unemployment benefits.

Although these measures may look good on paper, there’s plenty of manipulative behavior and seedy agendas at play. Not only did Trump bypass Congress, the branch of government in charge of federal spending, but he intends on funding his new order of jobless benefits by taking money from the Federal Emergency Management Agency, aka FEMA.

If this strategy sounds absurd and yet also vaguely familiar, it’s because it was an actual plot line from House of Cards. In Season 3 of the Netflix hit series, Frank Underwood seeks to strengthen his power in the White House and across the country by passing America Works, an extensive program that would create 10 million new jobs. The only hitch? Congress refuses to approve its $9 billion dollar price tag.

Desperate to keep Americans happy, Underwood sidesteps Congress entirely and instead funds AmWorks using money siphoned from FEMA. The story was so ludicrous that the real-life FEMA felt moved to address House of Cards that year.

In March 2015, the government agency tweeted at Frank Underwood: “We’re not on board with claiming your emergencies.” It included a graphic explaining what FEMA is actually responsible for, such as protecting property and public health and averting threat of catastrophe. If you’ll recall, later in Season 3, Underwood finds himself in very hot water when the East Coast is threatened by a potentially devastating hurricane and a defunded FEMA appears powerless to help.

Hey, Frank Underwood: We're not on board with claiming your own emergencies. #HouseofCards pic.twitter.com/XOnSFxRM6R

America in 2020 could very well continue to play out like Season 3 of House of Cards, as weather experts predict an “extremely active” 2020 hurricane season. Not only would Trump’s plan strip FEMA of its ability to respond to disasters right in the thick of hurricane season, but according to NPR, money from the agency would only fund about five weeks of benefit relief.

Are we absolutely sure we’re not living in a House of Cards simulation?