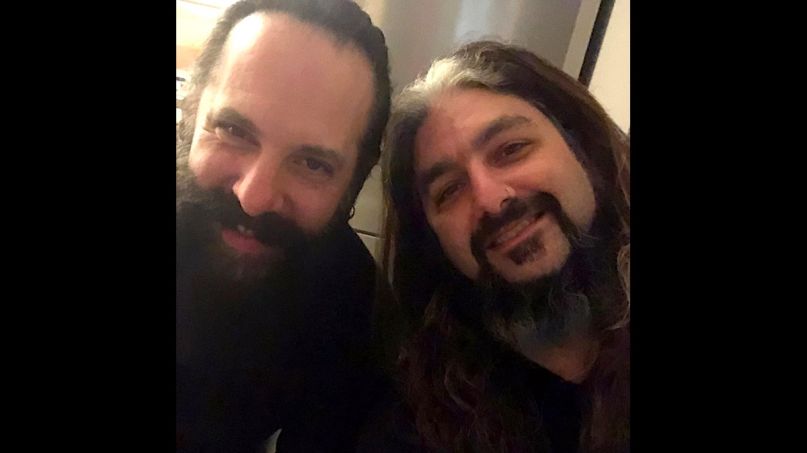 In addition to founding Dream Theater together with bassist John Myung in 1985, guitarist Petrucci and drummer Portnoy are each considered among the finest metal musicians at their respective instruments. So, hearing them together again on a song is a treat for not only longtime Dream Theater fans, but metalheads in general.

The instrumental track “Terminal Velocity” is accompanied by a music video that shows off the technical prowess of Petrucci and Portnoy, along with bassist Dave LaRue (Flying Colors, Steve Morse Band). All three musicians play together on the entire album, which will be released on October 30th.

“Having Mike play drums on this record was really special for me and he did an absolutely incredible job navigating the various styles and technical challenges my music presented in the way that only he can do,” stated Petrucci. “It was very cathartic for the both of us, I think, to be playing music together again after all these years and it really felt great! Mike’s spirited, intuitive and energetic playing truly helped to elevate these new songs to a level that I couldn’t be happier with.”

Portnoy parted ways with Dream Theater in 2010 when he joined Avenged Sevenfold following the tragic death of their drummer Jimmy “The Rev” Sullivan. When Portnoy’s tenure with Avenged Sevenfold didn’t last long, he sought to rejoin Dream Theater, but they had already hired Mike Mangini, who remains the prog-metal band’s current drummer.

Hear John Petrucci and Mike Portnoy together again on “Terminal Velocity” below, and pre-order the full album here.