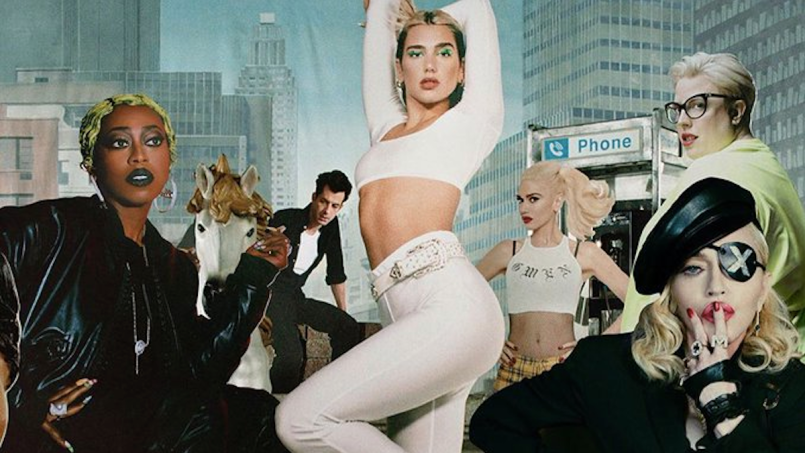 Last week, Dua Lipa announced the impending release of a “Levitating” remix with Missy Elliott, Madonna, and Blessed Madonna (formerly The Black Madonna). As Lipa has now revealed, the forthcoming collaboration is part of a larger project called Club Future Nostalgia: The Remix Album. What’s more, Missy Elliott and Madonna aren’t the only big name guests attached to the project.

Lipa broke the news on social media, promising all of the tracks from her sophomore stunner Future Nostalgia, as well as extras, “remixed by ur faves.” She also teased an all-new collaboration featuring Gwen Stefani and Mark Ronson.

Lipa went on to promise “many more surprises.” For now no other collaborations are known, but last week she quietly shared remixes of “Hallucinate” by Tensnake and Paul Woolford. She’s also been lending her voice and pen to other artist’s songs, providing the hook for J Balvin’s “UN DÍA (ONE DAY)”and co-writing Sia’s recent charity single “Saved My Life”.

Club Future Nostalgia: The Remix Album is due out on August 21st. It will be preceded by the “Levitating” remix featuring Elliott, Madonna, and Blessed Madonna on August 14th.

AND MANY MANY MORE SURPRISES!!! C YA SOON ❤️