Duff McKagan Guests on Lily Cornell’s Mental Health Series: I Was Drinking a “Full Gallon of Vodka a Day” 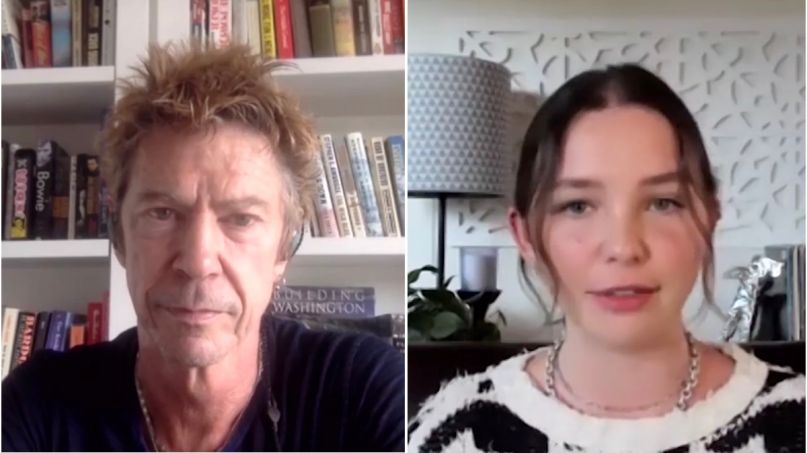 McKagan hasn’t been shy about speaking about his mental health struggles in recent years. During our own interview with the Rock & Roll Hall of Famer last year, he told us, “I’ve had my own battles with depression, and you can’t breathe, you can’t move. If it’s depression, all bets are off.”

On Lily’s program, McKagan recalled having his first panic attack at age 16, when he was taking a shower and thought the floor had dropped three feet under him. “Suddenly I couldn’t breathe, and I was sweating in the shower … and I remember just pushing the shower door open and crawling out on the floor, and yelling for my mom.” He was taken to an emergency room, and it was eventually determined that he had a panic attack.

Lily then mentioned her late father’s battles with addiction, and asked Duff to speak about his own struggles. “What happens is, with alcohol, there’s so much sugar in alcohol, with a guy like myself, and I think with your dad, as well, you can’t just do a little…. In my case … I got up to a full gallon of vodka a day. … And then I was doing cocaine, too. … Cocaine is not good for panic attacks. … So I would take pills to bring me down from too much cocaine and alcohol.”

The bassist also recounted the time in 1994 that his pancreas burst due to his drinking, a story he told in his 2012 book It’s So Easy (And Other Lies). In addition, he talked about his life now as a sober musician, and how his bandmate Slash is a “safe person” for him.

Duff also recently spoke with Rolling Stone about Lily’s new series, saying, “Lily has taken the very brave step of exposing her own ups and downs with mental health and carrying forward a message and public conversations with others. This public forum of Mind Wide Open is a brilliant dive into the real-time realities and solutions for us all to hold onto.”

In other news, Guns N’ Roses recently announced the rescheduled dates for their North American tour, which will now take place in summer 2021.

@officialduffmckagan and I discuss our experiences with anxiety, panic attacks, and depression. Duff talks about his experience with addiction as self-medication for mental health issues and how he takes care of his wellbeing now. Thank you Duff for your honesty and integrity 💙 For more information on guests, future episodes, and resources go to the website link in my bio. Content warning: drug and alcohol abuse, panic attacks