EarthGang Are “Powered Up” on New Song for Madden NFL 21: Stream 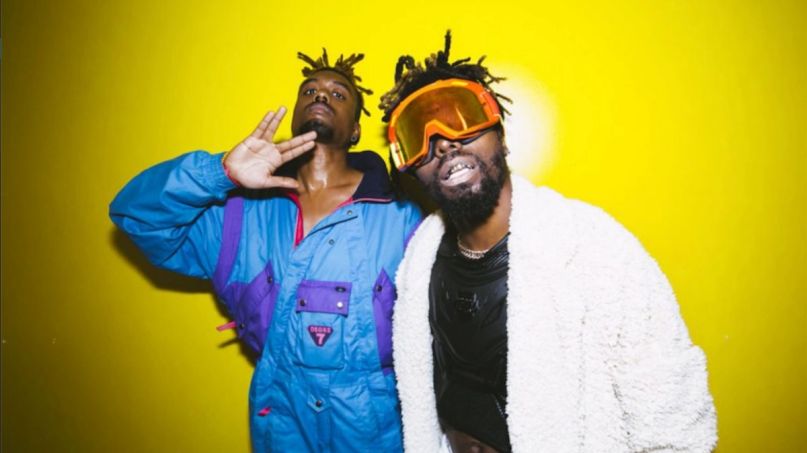 Atlanta rap duo EarthGang make inventive, absurdist hip-hop songs that are not too dissimilar from the kind that fellow locals Outkast created. Now, like André 3000 and Big Boi before them, Olu and WowGr8 will contribute to the Madden video game franchise, as their new song “Powered Up” will be included on the Madden NFL 21 soundtrack.

Madden NFL is the longest-running video game franchise in EA SPORTS’ history, and the company makes sure the soundtracks to these games are loaded with energetic songs to give you an extra boost to charge onwards. As the title suggests, “Powered Up” is perfectly designed to energize you as you pound the digital gridiron. The track distorts a squiggly synth line into a weird hook for EarthGang to rap atop. In the background, there’s lots of hazy electronica, close-knit drumming, and fractured keys. It sounds chaotic, but EarthGang melt it all together into a pretty captivating, attention-grabbing sound. Stream it below.

In addition to this new number from EarthGang, the soundtrack features tracks by Anderson .Paak (“Cut Em In”), Big K.R.I.T., blackbear, Smino, Yungblud, and Denzel Curry, among others.

Last year, EarthGang made their Dreamville Records debut with their immersive LP Mirrorland. Since its release, they’ve shared a puppet-filled music video for album cut “Top Down”, contributed to the Queen & Slim soundtrack, and dropped fresh verses on the standalone single “End of Daze”. These two aren’t just dreamers plotting their revenge — they’re rising stars gearing up for a total world takeover.