Musk says the chip could allow humans to communicate without talking, listen to music simply by thinking of a song, and treat mental health issues 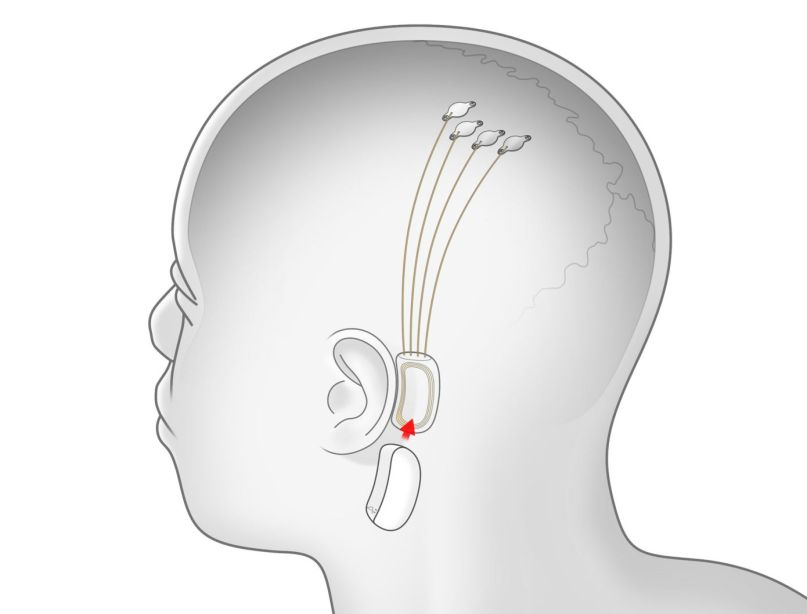 As previously reported, Musk’s latest start-up, Neuralink, is developing a computer-brain chip with the ability to communicate with external devices. The idea is to implant “gossamer-thin wires” — thinner than human hair — directly into a person’s brain. Upon its insertion, the chip could help people deal with brain and spinal cord injuries, detect an imminent threat of a heart attack or stroke, and even cure mental health issues and depression.

Beyond the potential health benefits, the Neuralink could allow humans to communicate with one another instead of writing or speaking (something Musk refers to as “conceptual telepathy”). Music fans could listen to a song simply by thinking of the title.

If Musk’s full vision comes to fruition, humans will even have the ability to give themselves “super vision” and download their own memories. “In the future you will be able to save and replay memories,” Musk said during a demonstration on Friday (via CNET). “You could basically store your memories as a backup and restore the memories. You could potentially download them into a new body or into a robot body.”

Musk said the installation of Neuralink would be done by a robot in about an hour, and there would be no need for anesthesia. The chip could also be removed without any short or long-term effect.

So far, Neuralink has tested the technology in rats, primates, and pigs. During Friday’s demonstration, which you can watch below, a wireless link from a Neuralink device implanted in a pig showed its brain activity. There’s still many more barriers to overcome before Musk even can even begin to think about human testing, but the technology has already received a Breakthrough Device designation from the U.S. Food and Drug Administration, and Neuralink working with the FDA on a future clinical trial with people suffering from paraplegia.

“The future is controlled by the combined will of the people of Earth,” Musk said. “It’s going to be important from an existential threat perspective to achieve a good AI symbiosis.”

Not everyone is on board with Musk’s technology, however. On Thursday, the nonprofit think tank RAND called for the institution of policies around the use of brain-machine interfaces, citing privacy concerns and the potential for hacking.