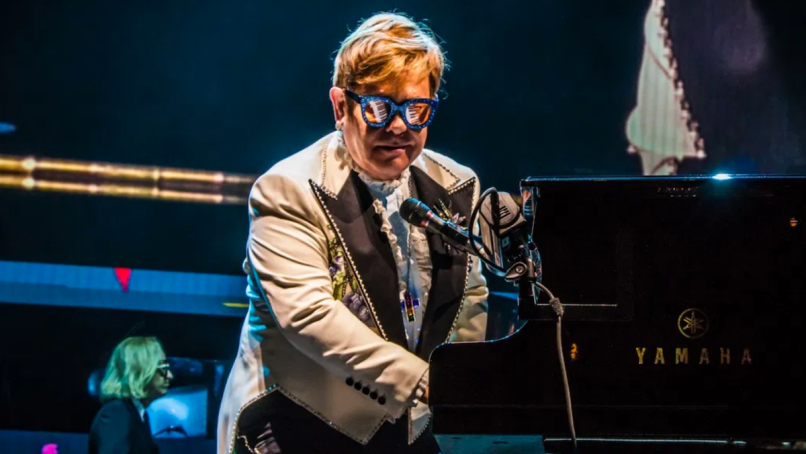 Elton John once criticized the music in the live-action Lion King remake for losing the “magic and joy” of the original. Turns out the piano playing icon has much the same opinion of modern pop in general, as he recently said most songs on the charts aren’t “proper songs.”

Speaking with BBC Radio 6 Music, John expressed his preference for artists who write their own music. “[Father John Misty] reminds me a little bit of me, the way he writes songs,” he praised, adding, “Conan [Gray’s] from America and he’s the only person in the American Spotify Top 50 to actually write the song without anybody else.” John was referring to “Heather”, a track currently sitting at No. 12 on the US Top 50 Spotify chart — below three Juice WRLD songs, BTS’ “Dynamite”, and reigning champ “WAP” from Cardi B and Megan Thee Stallion.

John continued, “Everybody else there’s four or five writers on (a track). You look at most of the records in the charts — they’re not real songs. They’re bits and pieces and it’s nice to hear someone write a proper song.” And John’s right; none of those songs is credited to fewer than two songwriters, save for Gray’s. (To be fair, Juice WRLD’s Marshmello collab “Come & Go” is credited to only those two artists.)

He went on to suggest pop music now is churned out for unsophisticated listeners and mass consumption. “I like people who write songs. And there’s plenty of people that do, but a lot of them don’t get played on the radio because they’re too sophisticated and we get songs made by a computer all the time and I’m not interested in that,” he concluded.

Elsewhere, John also discussed the preservation of independent music venues during the COVID-19 era — particularly Los Angeles’ Troubadour, where John played his first US show in 1970. “I’ve heard they might be closing, but I think it’s going to be okay,” he said. “We have to preserve venues like this.”

So why does he think the Troubadour will come through the economic downturn? While he didn’t say specifically, John hinted that he himself may be working to help the venue survive. He said he had “made a few phone calls” and that “there are a few irons in the fire.” He added,

“If venues like that disappear then it’s really grim stuff because they are so important for new people to go [to] and I’ve seen so many new acts there that have come from Britain. I saw Cat Stevens there when he did his first show in America. It’s a great launch pad. It’s a great room, it has atmosphere, it has everything going for it. If you can’t play well at the Troubadour, you can’t play well anywhere.”

Whether John will actually get involved in saving the venue is unclear, but he’s been known to step up before. At the beginning of the year, he pledged $1 million in relief for the Australian brushfires. Then in March, he hosted the “iHeart Living Room Concert for America” to support Feeding America and First Responders Children’s Foundation. Performers included Foo Fighters’ Dave Grohl, Billie Eilish, Green Day’s Billie Joe Armstrong, Camila Cabello and Shawn Mendes, Lady Gaga, Lizzo, Sam Smith, and others.

Editor’s Note: A portion of the proceeds from all Consequence of Sound merch goes to benefit MusiCares’ COVID-19 Artist Relief fund supporting independent musicians. Grab our Summer 2020 Concert T-shirt below.