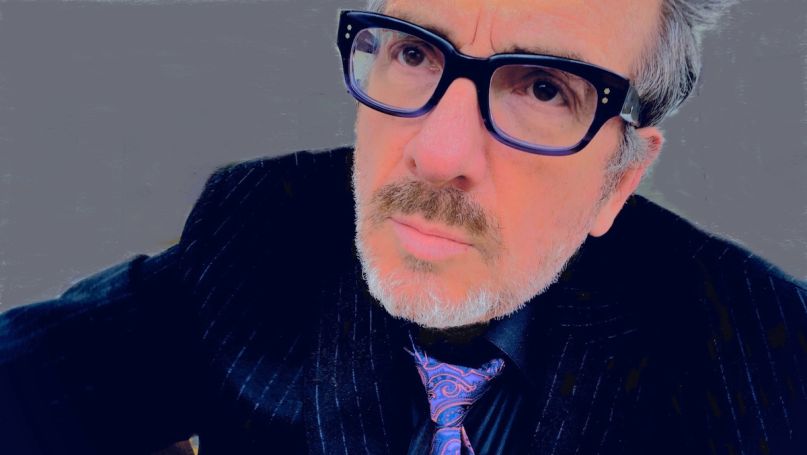 Elvis Costello has announced his 31st (!) studio album, Hey Clockface. The follow-up to 2018’s Look Now arrives October 30th, and Costello is heralding the news with his latest single, “We Are All Cowards Now”.

In a statement, Costello suggested the Parisian weekend was a “dream” come true, saying,

“I sang live on the studio floor, directing from the vocal booth. We cut nine songs in two days. We spoke very little. Almost everything the musicians played was a spontaneous response to the song I was singing. I’d had a dream of recording in Paris like this, one day.”

London was seen as a potential location for the third city of sessions before Costello settled on New York. There, he collaborated with jazz trumpeter Michael Leonhart, guitarist Bill Frissel, and Wilco’s Nels Cline “via Electrical Wire.” “I wanted to write ‘Helsinki-Paris-???’ on the record jacket like this was a perfume or an advertising agency,” said Costello. “Michael sent this music to me from New York at the perfect time. It connected to elements in both of the previous sessions and completed the picture.”

Like the two previous singles, “We Are All Cowards” was recorded during the Finland sessions with Eetü Seppälä in February. The track comes with a music video from Eamon Singer and Arlo McFurlow featuring images of emphasizing contrast: flowers and pistols, smoke and mirrors. There are moments of cowardice, as the title suggests, but moments of bravery, too. Check out the “We Are All Cowards Now” clip below.

Hey Clockface arrives October 30th via Concord Records, and pre-orders are off and running.

When taking time off from readying his 31st record, Costello has been involved in politics and charity. Earlier in the pandemic he played the Preservation Hall Livestream Benefit, and last month he joined Mick Jagger, Lorde, Pearl Jam, and many more artists in signing an open letter demanding politicians stop playing unauthorized music during events.