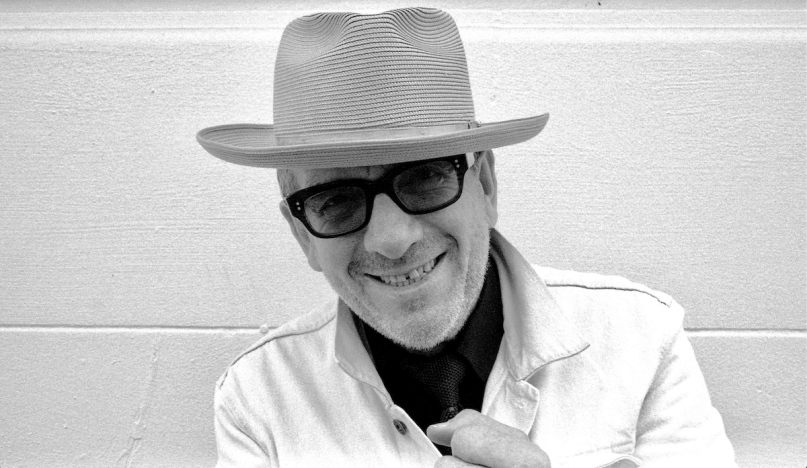 Elvis Costello has shared a new song called “Phonographic Memory”. It’s the B-side to previously-released single “We Are All Cowards Now”.

“Phonographic Memory” is unusual within Costello’s discography, and perhaps even unprecedented. Over an open-tuned guitar, the veteran songwriter recites a short story in which someone called “President Swift” conducts a ceremony while the voice of Orson Welles (played by Costello, of course) is heard on an archive recording. The prose is knotty and poetical, full of observations like, “After the peace was negotiated and the internet switched off, knowledge returned to its medieval cloister, in this and that illuminated volume, the jealous possession of the pious and the superstitious, who might once again wield ignorance like a scythe.” Check out “Phonographic Memory” below.

Costello will release his 31st album, Hey Clockface, on October 30th. It’s one of our most anticipated albums of fall 2020 and pre-orders are ticking away. In addition to “We Are All Cowards Now”, the singer has shared the singles “Hetty O’Hara Confidential” and “No Flag”.

Back in the spring, Costello made an appearance at the Preservation Hall Livestream Benefit, and last month he joined over 50 artists in signing an open letter demanding politicians stop playing unauthorized music during campaign rallies.