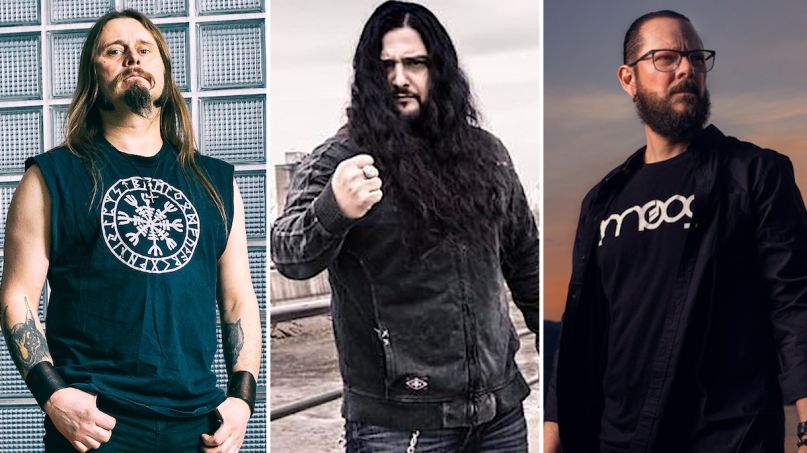 Norwegian metal veterans Enslaved have unleashed “Urjotun” as the third single from their upcoming album Utgard, due October 2nd via Nuclear Blast.

“The lyrical idea for ‘Urjotun’ had been spinning around in the chaos in the back of my head for quite a while, when Ivar sent me the riff-demo last autumn,” stated Enslaved singer Grutle Kjellson of the song. “I knew instantly that this was it, the very soundtrack of the rise of the primeval giant, the Urjotun! Our mutual love and fascination for that early krautrock scene and for bands like Tangerine Dream and Kraftwerk, finally fully ascended in an Enslaved song.”

Canadian death-metal institution Kataklysm continue to preview their new album, Unconquered, out September 25th via Nuclear Blast, with a video for the album’s second single, “Underneath the Scars”.

“‘Underneath the Scars’ is a bulldozer of a track that will surely ignite the world’s metalheads into straight headbanging madness,” remarked Kataklysm singer Maurizio Iacono. “We look forward to bringing this beast live when the time comes.”

Meanwhile, Ihsahn has unveiled a cover of fellow Norwegian act a-ha’s “Manhattan Skyline” with guest vocals from Einar Solberg of the band Leprous. While Ihsahn, who fronts the legendary black metal band Emperor, and pop veterans a-ha may seem like they’re from opposite ends of the music spectrum, the extreme-metal icon insists there are musical parallels between the two acts. “There are some hints of a-ha even on the second Emperor album,” stated Ihsahn.

The track appears on Ihsahn’s new EP, Pharos, which will be released September 11th via Candlelight Records.

Watch the videos for all three songs below, and see our list of the 20 Most Anticipated Metal Albums of Fall 2020, which features both the Enslaved and Kataklysm LPs.