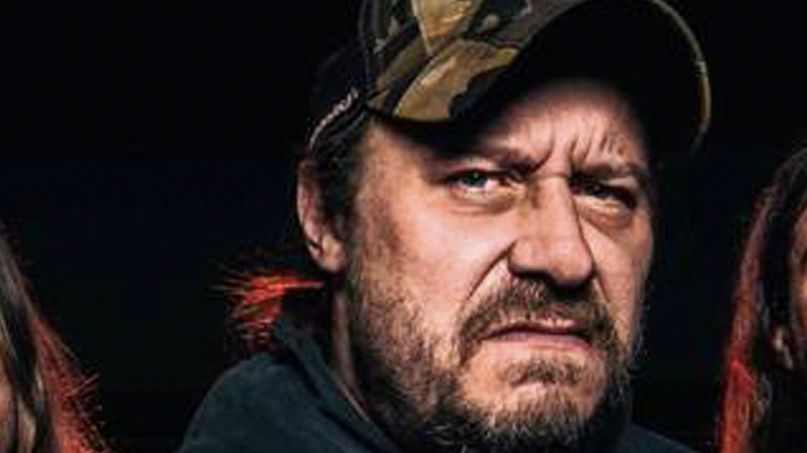 “I’ve been hit with uncureable [sic] cancer (gallvägscancer in Swedish), and have been battling it for some time now,” Petrov wrote on his GoFundMe. “It can’t be removed but the doctors are trying to control it with chemotherapy. Life takes its weird turns…”

Entombed A.D. took to Facebook to offer support to their frontman:

“Sad news.. LG Petrov has been struck by cancer and he is undergoing chemo treatment to try and control it. Our thoughts and and strength goes out to him. If you want to support him In these hard times, click on the link and feel free to donate”

Petrov gained legendary status in death metal’s formative years fronting Sweden’s Entombed. He handled lead vocals on the band’s iconic 1990 debut, Left Hand Path, which is often acknowledged as one of the greatest death metal albums of all-time. Petrov would briefly leave the band in the early ’90s, during which they released 1991’s Clandestine, before returning in time for 1993’s Wolverine Blues and all of their subsequent albums.

He remained the vocalist of Entombed until 2014, when the band effectively split up. Petrov went on to front the alternate project, Entombed A.D., while other classic members eventually began performing again as Entombed. Petrov’s Entombed A.D. have released three full-length LPs, with 2019’s Bowels of Earth being the most recent.

Petrov has set up a campaign to assist in financial support for his treatment. As of this post, he was already halfway past his goal of 500,000 Swedish krona, or the equivalent of roughly $57,000 U.S. dollars. Donate to help Petrov via his GoFundMe.