"You should look up what he said about your Dad. I did. Promise you, it's much more 'savage.'" 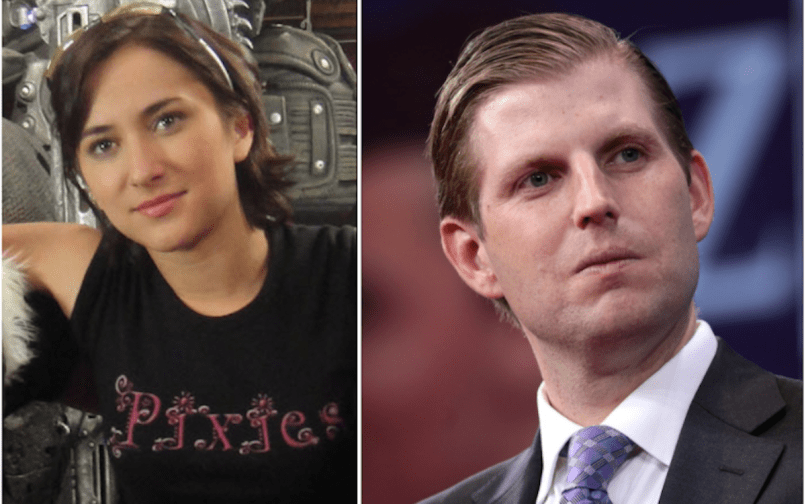 On August 6th, Eric Trump shared a video with the title “Robin Williams Just Savages Joe Biden”. While the late comic isn’t around to defend his political views, his daughter Zelda is, and she encouraged Trump to “look up what he said about your Dad.”

Williams standup on Biden dates to his 2009 special “Weapons of Self-Destruction”. In the 30-second clip, Williams refers to the vice-president as “rambling Joe Biden,” adding, “Joe says shit that even people with Tourette’s go, “No.” Joe is like your uncle that’s on a new drug and hasn’t got the dosage right.” He went on to mock some of Biden’s gaffes.

Over the last week, the clip has gained momentum among right-wing internet gadflies. It got to the point where Fox News wrote a whole article about half-a-minute of jokes from over a decade ago. When Eric Trump retweeted the clip, Zelda Williams intervened. She responded,

“While we’re ‘reminiscing’ (to further your political agenda), you should look up what he said about your Dad. I did. Promise you, it’s much more ‘savage’. Gentle reminder that the dead can’t vote, but the living can”

As she correctly pointed out, her father spent much more time throughout his career lambasting our current president. During a 2012 performance, for example, Williams compared Atlantic City to the mythical land of Oz, full of “druggies and pimps and pizza: oh my!” He continued, “And Donald Trump is the Wizard of Oz. He plays Monopoly with real fucking buildings, this is a scary man. And he owns all these beauty pageants: Miss America, Miss Universe. Isn’t that a bit like Michael Vick owning pet stores? It’s a fucking catch-and-release program for him. This is a man who said, ‘My daughter is hot.’ Even people in Arkansas went, ‘That’s fucking wrong. That’s just way out of place.’ And that fucking hair, my god!” At which time, Williams launched into a bit giving voice to the hair itself.

Williams beloved stand-up specials left an indelible mark on comedy. As of April, that standup is much easier to find, since a Robin Williams YouTube channel launched with rare and well-known bits. Meanwhile, Donald Trump isn’t always aware that he’s making a joke, as when he asked about adding his face to Mount Rushmore.

While we’re ‘reminiscing’ (to further your political agenda), you should look up what he said about your Dad. I did. Promise you, it’s much more ‘savage’.

Gentle reminder that the dead can’t vote, but the living can ♥️ https://t.co/CXDTovG5yo