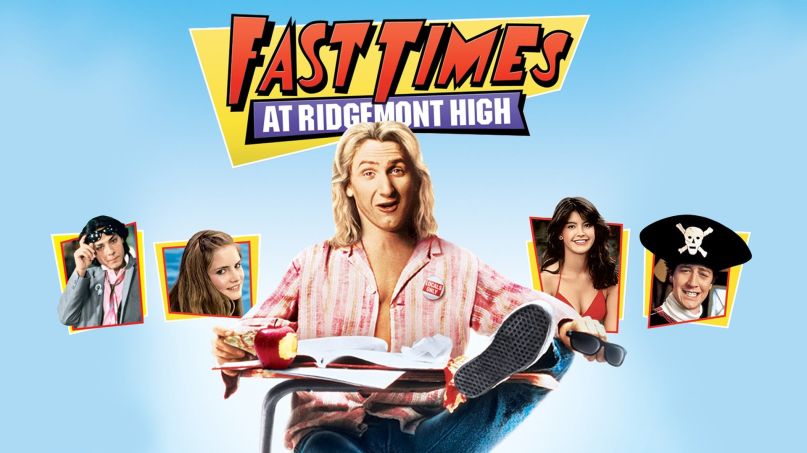 Fast Times at Ridgemont High is getting the A-list all-star treatment. On Friday, August 21st, Dane Cook is bringing together a who’s who lineup of blockbuster celebrities, who will all read Cameron Crowe’s script for Amy Heckerling’s iconic 1982 teen hit.

As of press time — because, really, this list keeps on givin’ — the lineup includes OG star Sean Penn, Brad Pitt, Jennifer Aniston, Julia Roberts, Morgan Freeman, Shia LaBeouf, Matthew McConaughey, Henry Golding, and Jimmy Kimmel. Yes, you read that right: Jennifer Aniston and Brad Pitt are both involved in this, marking the former couple’s first project together since the latter guest-starred on Friends 19 years ago.

Organizers have described the event as an “unrehearsed, anything-goes table read,” which means fans of either the film or the talent involved can likely expect all kinds of hi-jinx. In fact, the same kind of tomfoolery that would elicit a sigh from Mr. Hand.

However, even Mr. Hand would approve of these shenanigans. After all, the event will benefit Penn’s own nonprofit CORE and the REFORM Alliance, the latter of which focuses on protecting the the incarcerated from COVID-19.

Again, the stream begins this Friday, August 21st at 8 p.m. ET / 5 p.m. PT on Facebook Live and TikTok via CORE’s official accounts. It was recently pushed back to accommodate the ensuing Democratic National Convention. It’s perhaps also worth noting that the whole star-studded affair is being sponsored by Snack Pop, so if you’re looking for treats: Hey bud, let’s party.

Revisit the original film’s trailer below to brush up on even more quotes.