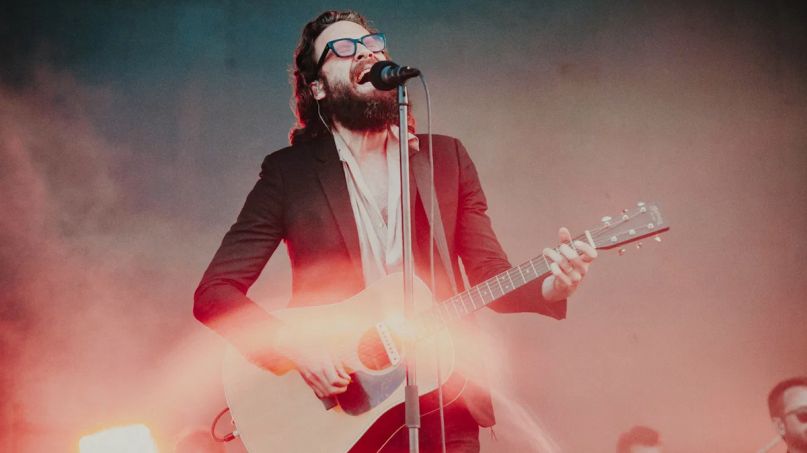 The Sub Pop Singles Club, a 7-inch subscription service featuring limited edition pressings of hard-to-find tracks, has included some pretty special treats as part of its ongoing series. Their latest upcoming volume is no exception, as it features two brand new songs by Father John Misty called “To S.” and “To R.”

FJM’s double A-side contribution to Sub Pop Singles Club Vol. 5,  “To S.” and “To R.” were produced by Dave Cerminara and The Haxan Cloak. Technically, these are the first recordings of original studio material from Father John Misty since he released God’s Favorite Customer in 2018.

Musically, “To S.” is a spirited, organic number that incorporates warbling audio samples in the background and almost sounds like a B-side from I Love You, Honeybear. “To R.” acts as a counter balance, plodding along as a downtrodden piano ballad where Father John Misty gets to imagine his lover pursuing someone else and all of the bitter pain that it causes him. Stream both songs below.

Earlier this year, Father John Misty surprised fans with his first-ever live album, Off-Key in Hamburg. Then, just last month, he followed it up with Anthem +3, a collection of cover songs paying tribute to Leonard Cohen, Yusuf/Cat Stevens, and Link Wray. But wait, there’s (soon to be) more! In a few weeks, he will be sharing a very special T-Rex cover, too.