The "sequel" to the 2007 original is an easy, forgettable thrill ride 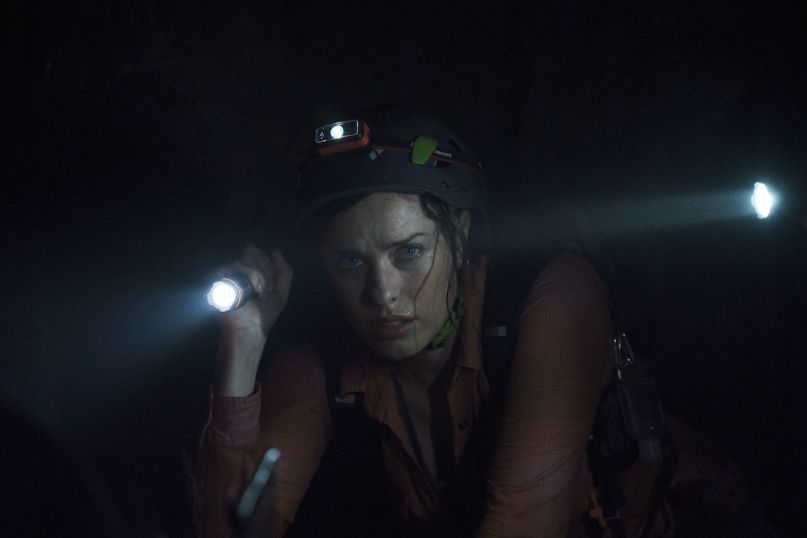 The Pitch: A sequel to 2007’s Black Water, Abyss follows a group of friends who clearly learned nothing from Neil Marshall’s The Descent and decide to go spelunking deep in the forests of Northern Australia. Ignorant of tropical storm warnings, the group is eventually trapped in the caves, where a giant killer crocodile awaits. Bon appetit!

Wait, This Sounds Familiar…. Well, if you happened to see last year’s similarly re-branded sequel 47 Meters Down: Uncaged, you’ll certainly notice the parallels. Both feature naive thrill seekers, claustrophobic situations, and killer beasts. The only difference here is they’ve swapped CGI albino sharks with a giant CGI crocodile and replaced John Corbett with a Chris Hemsworth stunt double. The results are pretty much the same, all things considered; in fact, they both even have ludicrous endings.

Having Said That… If you’re in the market for a killer animal flick, you could do worse than Black Water: Abyss. Sure, the characters are as rote as they get, but director Andrew Traucki at least has a grip on these productions. Having co-directed the original — not to mention, helmed 2010’s rather impressive The Reef — the guy knows how to orchestrate the right tension and pacing. And, to his credit, he does an admirable job on Abyss, particularly when it comes to doling out the death cards.

Traucki admittedly exhibits surprising restraint in this area. Granted, you could probably assign numbers to the entire ensemble cast well before they even put on gear, but the “when” of it all is half of the fun. The other half is the execution, and Traucki also follows suit in this area. There’s a great cat-and-mouse sequence with one unlucky spelunker about midway through, and the use of forced perspective and point of view is a testament to Traucki’s eye for this genre. There is a dance to it all.

It’s Complicated… But why? Look, it’s a movie about fools who do foolish things and suffer foolish deaths because of it. Doesn’t need to be any more complex than that, and yet the folly of so many of these killer animal movies is adding layer after unnecessary layer. Abyss isn’t just guilty of this sin; it’s almost a parody of it. Seriously, draw up a bingo card with every cliche you can possibly think of and you’re likely to win a dozen times over. It’s ridiculous how many tropes are wired into this.

Oddly enough — and perhaps to the film’s benefit — said tropes wind up making the terror of the situation feel more plausible than the behind-the-scenes guff. No kidding: Abyss is one relationship short of rivaling a Melrose Place season, and the closing message of the film — namely involving the two female protagonists — is about as contrived as the situation itself. Again, it’s all so pointless: Focus less on the taboo and more on the tableau. Or, at the very least, give us characters that amount to more than paper-thin drama.

The Verdict: Black Water: Abyss is a low-stakes rollercoaster arriving at a time when we’re being barred from theme parks. If you’re looking for some thrills — and maybe even a little adventure — it’ll do the trick. The drama is exhausting, but the situational horror offers a nice distraction, even if we’re admittedly tired of watching people make stupid decisions. What’s more, unlike The Pool, the CGI for the crocodile is hidden enough to keep you in the picture. So, you know, swim at your own risk.