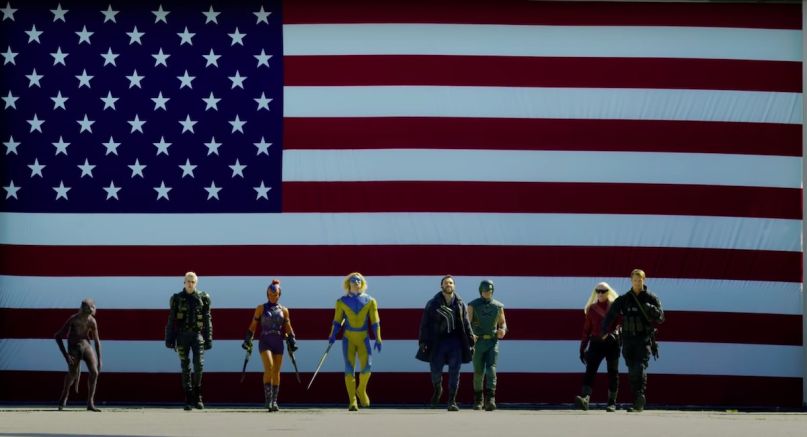 James Gunn has shared the first teaser trailer for The Suicide Squad and revealed new characters from the star-studded cast.

The unveiling took place during DC’s virtual FanDome on Saturday. Gunn himself hosted a panel, and with a bit of pomp and ceremony he announced the villainous roles played by previously-announced actors. The big news is that Idris Elba will be inhabiting Bloodsport, a Lex Luthor associate. During a Q&A/trivia section, it was also revealed that Bloodsport in the film is spending time in jail for shooting Superman. This is the biggest plot drop from the panel, and it’s actually pulled right from the comic books.

Finally, the filmmaker has created Alice Braga’s Sol Soria (who may be a gender-swapped version of Juan Soria), Nathan Fillion’s T.D.K. (The Detachable Kid), and Storm Reid’s Tyla, who is apparently Bloodsport’s daughter. Other known actors, including Taika Waititi, have roles that remain a secret.

As for the teaser trailer, it’s a two-minute behind-the-scenes look at the making of The Suicide Squad. There’s plenty of in-costume footage, revealing some truly and intentionally ridiculous outfits. There are also limited interviews: Cena describes his character as “douchey Captain America,” Elba calls the flick “a massive graphic novel come to life,” and Borg details the mayhem of an action scene as “Everyone is exploding: genitals, heads, arms, legs.” Speaking of explosions, there are lots of them. Check out the teaser below.

In a related interview with Discussing Film, Sean Gunn, a Gilmore Girls alum and brother of James, gave a few more details on what to expect. He said,

“It’s got a little bit of an old school quality because it’s almost like an old war movie, but it’s funny. It’s really cool. In some ways it feels to me like it has some of the magic that Guardians had, but it’s for a bit of a more grown-up audience. And it’s my brother, and he can’t not be funny. So it’s got everything, there’s a lot of action, a lot of comedy, a lot of heart. There’s something sort of epic about it.”

The Suicide Squad is expected August 6th, 2021, and as the trailer optimistically says, it will be, “Only in Theaters.”