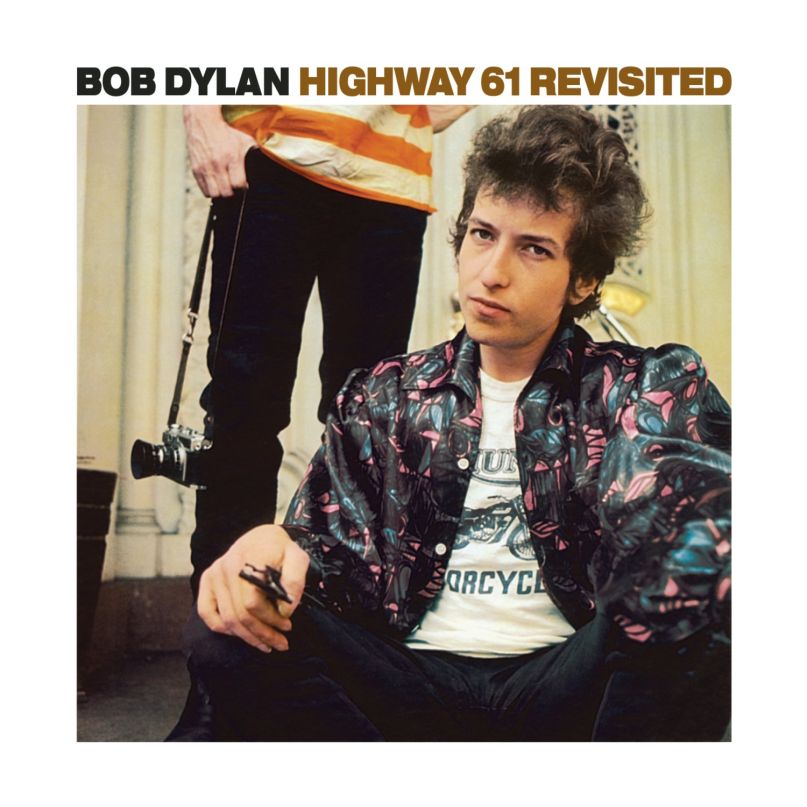 Gimme a Reason takes classic albums celebrating major anniversaries and breaks down song by song the reasons we still love them so many years later. This time we make like a rolling stone with Bob Dylan and Highway 61 Revisited.

Highway 61 Revisited is unanimously considered not only one of Bob Dylan’s greatest albums, but also one of the most influential and enduring records of its genre and time. Released mere months after the highly controversial Bringing It All Back Home (whose focus on electric instrumentation and cryptic lyricism — punctuated by Dylan’s appearance at the 1965 Newport Folk Festival — left many devotees feeling betrayed and incensed), the LP saw its creator delve further into those polarizing elements. The end result was a collection that brilliantly and bravely mixed sociopolitical commentaries, esoteric religious/fictional insinuations, and varied stylistic underpinnings (folk, rock and roll, blues, and even touches of ragtime) into a masterpiece.

Whereas its precursor still afforded ample space for Dylan’s sparser acoustic persona, Highway 61 Revisited is predominantly electric, with musicians like Bobby Gregg, Paul Griffin, Bruce Langhorne, Joe Macho, Jr., and Frank Owens returning alongside some new players. (Interestingly, Dylan would start playing with members of The Hawks — who’d become The Band — immediately after Highway 61 Revisited came out.) Rather than produce the entire thing again, Tom Wilson just looked after the iconic album starter, “Like a Rolling Stone”, while Bob Johnston oversaw the rest of it (and stayed for the subsequent several records). Mark Polizzotti, in his book Highway 61 Revisited (part of the “33 1/3” series), proposes that Wilson and Dylan argued over how “Like a Rolling Stone” was coming together. In contrast, Dylan told Rolling Stone’s Jann Wenner in 1969: “All I know is that I was out recording one day, and Tom had always been there — I had no reason to think he wasn’t going to be there — and I looked up one day, and Bob was there.” As for its title, Dylan revealed in his memoir, Chronicles: Volume One, that the location — which ran through his birthplace of Duluth, MN, and reached the Canadian border — gave him his “place in the universe” and “felt like it was in [his] blood.” Of course, its ties to important blues/rock and roll players like Bessie Smith, Muddy Waters, Elvis Presley, and Robert Johnson were a part of that.

Although it landed three spots behind its predecessor on the UK Albums Charts at No. 4, it also climbed three spots ahead on the Billboard 200 at No 3. Since then, it’s gone Gold in Canada and the UK, as well as Platinum in America. As for professional reviews, critics were concurrently (and understandably) impressed, confounded, and fascinated. For example, Allen Evans of NME surmised that its familiar blend of “message songs and story songs sung in that monotonous and tuneless way … becomes quite arresting as you listen,” while Melody Maker deemed it an “incomprehensible … knock-out.” Elsewhere, contemporaries like Phil Ochs and Philip Larkin showered it with praise.

In the 55 years since its release, Highway 61 Revisited has been lauded about as much as any piece of pop culture can be. In 2003, Rolling Stone called it “one of those albums that changed everything” while placing it at No. 4 in its list of “The 500 Greatest Albums of All Time.” Craig Mathieson and Toby Creswell’s 2012 book The Best 100 Albums of All Time went further by placing it at the top spot, with comparable texts — like Robert Dimery’s 1001 Albums You Must Hear Before You Die and Colin Larkin’s All Time Top 1000 Albums — ranking it highly, too. Naturally, Dylan has shown favor toward a few of its songs in concert ever since, and there have been countless covers as well, including ones by David Bowie, Jimi Hendrix, Billy Joel, PJ Harvey, and even My Chemical Romance.

Clearly, Highway 61 Revisited is immeasurably successful and celebrated, with virtually everyone who hears it acknowledging its significance (if not also loving it from an entertainment standpoint). As for us, well, here are 50 reasons why we still love it.