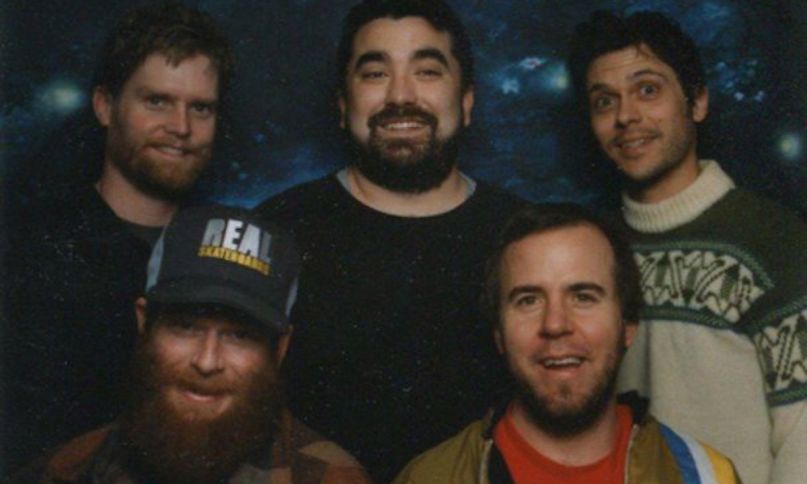 California’s beloved indie rock group Grandaddy have announced a special box set reissue of their sophomore album, The Sophtware Slump, to celebrate its 20th anniversary. The 4xLP collection will be released on November 20th via Dangerbird Records.

With four LPs’ worth of space, there’s a lot of special treats and songs tucked into the box set. There’s a remastered version of the original record, of course, but arguably the most exciting part of the reissue is a brand-new solo recording of the album that sees principal songwriter Jason Lytle playing the full tracklist on piano. That collection is aptly titled The Sophtware Slump….. on a wooden piano.

Lytle apparently recorded the solo piano version of The Sophtware Slump in a similar environment to his initial setup over two decades ago. In a press release, he said it was a challenge to reinvent the album, but he couldn’t help but laugh at how flustered he was trying to pull it off. “Because of the pandemic,” said Lytle, “all of the sudden, I was looking at a real deadline to make the damn thing. Here we go, just like the old days.”

Additionally, the 20th anniversary box set will feature 2 LPs of rarities, including the EPs Signal to Snow Ratio and Through a Frosty Plate Glass, neither of which has been available on vinyl before now. A small lyric booklet will be tucked into the box set, too.

To preview this special reissue, Grandaddy have shared Lytle’s solo piano rendition of “Jed’s Other Poem (Beautiful Ground)” from The Sophtware Slump….. on a wooden piano. It’s a stripped-back, intimate, solemn rendition that sounds remarkably crisp and encompassing. If it weren’t obvious, Lytle clearly put a lot of time and emotion into making this release a separate experience than the original recordings. Stream it below.

Pre-orders are currently ongoing for the box set. In the meantime, check out the album artwork and complete tracklist after the jump.