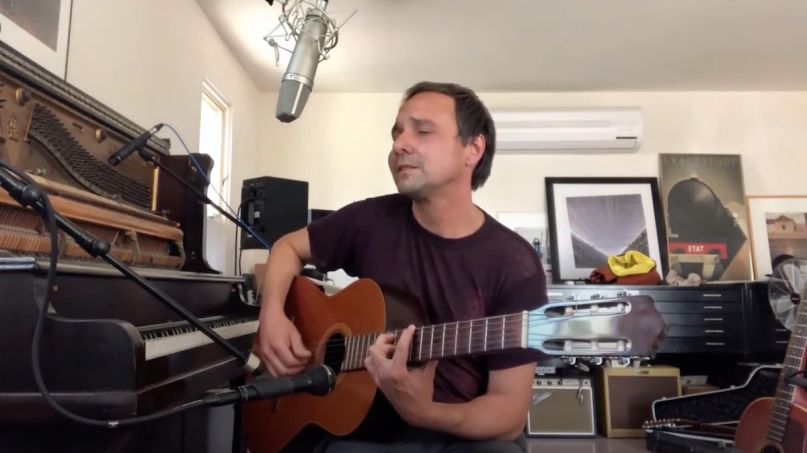 On Friday night, everyone from Fleet Foxes’ Robin Pecknold to The War on Drugs participated in the Vote Ready, a Concert for Voter Registration livestream. While most of the sets were filled with comforting covers and stripped-down renditions of classics, a few artists used the opportunity to debut new material, including Grizzly Bear and Department of Eagles singer-guitarist Daniel Rossen.

Rossen played two tracks in total, opening with the nameless new song. The six-minute-long number saw the virtuoso churning out gorgeous, acoustic, classical guitar melodies that change pace and mood throughout. Afterwards, he immediately turned to the piano to play his 2012 ballad “Saint Nothing”. Watch the full set below.

Last year, Rossen published an essay on his website explaining his slow retreat from music as a public platform. He wrote,

“Though it happens in fits and starts, I am working towards an album even if it often doesn’t feel that way. There’s a backlog of half-finished songs from the last few years that are continually being replaced with a new set of half-finished songs, and that exchange feels like it could continue on indefinitely with no coherent endpoint. I guess I no longer define myself by what I make, and after many years writing songs that mostly lived in the background of someone else’s story, I naturally gravitated towards a search for value in life outside music… Still, I am working towards something, and I feel that at least for my own peace of mind I have to finish it. “

New music would be a very welcome treat from Rossen. His first and only EP, Silent Hour / Golden Mile, came out in 2012. Since then, he’s only contributed to the the Grateful Dead tribute album Day of the Dead and released a standalone 12-inch single. Grizzly Bear’s last album, Painted Ruins, came out in 2017.