GWAR Announce 30th Anniversary Editions of Scumdogs of the Universe on Vinyl, CD, and Cassette 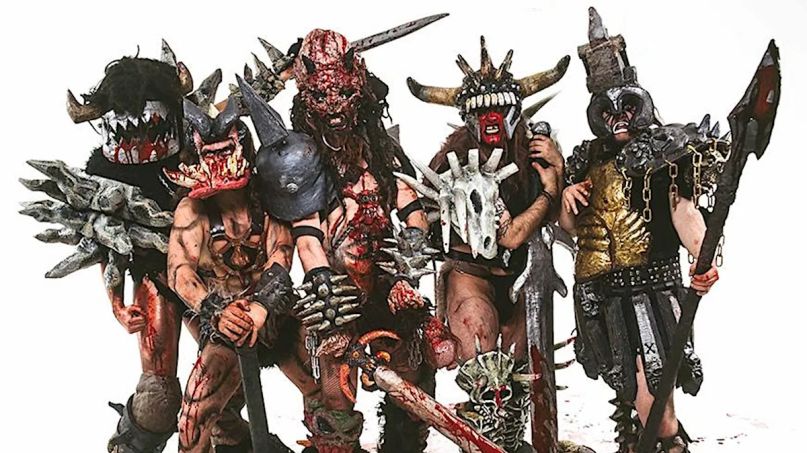 GWAR in 1990, courtesy of Freeman Promotions

GWAR are bringing the 30th anniversary edition of their 1990 classic Scumdogs of the Universe to vinyl, CD, and cassette on October 30th.

These standalone versions are being released in addition to the previously announced anniversary box set, which includes the remastered original album in addition to a plethora of goodies: a demo cassette, a printed show flyer archive, liner notes, concept artwork, and much more. The box set, which is shipping this month, is already close to sold out.

If the $149.99 price tag on the box set deterred you, these individual releases might be more appealing. Each physical format boasts a remastered version of Scumdogs, as well as a digital download. The double-LP edition is available in standard black or marble red for $29.99, while a signed copy goes for $39.99. The CD is $11.99 unsigned or $19.99 signed, while the cassette comes unsigned for $10.99.

And if that’s not enough to satisfy your inner scumdog, GWAR has partnered with Creature Skateboards for a new line of skate decks featuring graphics provided by the band.

“Only Creature can facilitate 30 years of GWAR on a skateboard,” the press release commented. “Well, actually it takes four boards ranging from 8.25″-9″ wide to celebrate that many years of gore-drenched filth and torment of the human race. Creature is proud to offer these GWAR decks (with graphics provided by the band themselves!) to you special maggots that just can’t get enough vomit and secretion from the legendary group of space pirates!”

In addition to the Scumdogs of the Universe releases and the skate decks, GWAR have unveiled an official live video of their performance of “Maggots” from 2018. Watch below.

As for GWAR’s current happenings, the intergalactic warriors continue to spew comedic irreverence and misanthropy, even during the pandemic. Back in April, drummer Jizmak Da Gusha told fans to drink bleach and praised Donald Trump for suggesting that people inject disinfectants to cure themselves of COVID-19. “Once this [pandemic] is all over, we want to kill you up close,” the drummer told CNN.

Heavy Consequence also recently caught up with GWAR singer Blothar via Zoom. He offered his take on a recent petition to replace a statue of General Robert E. Lee with one of late GWAR front-thing Oderus Urungus, among other topics.

Pre-order the standalone versions of the Scumdogs of the Universe anniversary edition via GWAR’s website. See the live “Maggots” video, and check out the LP art and skate deck designs below.