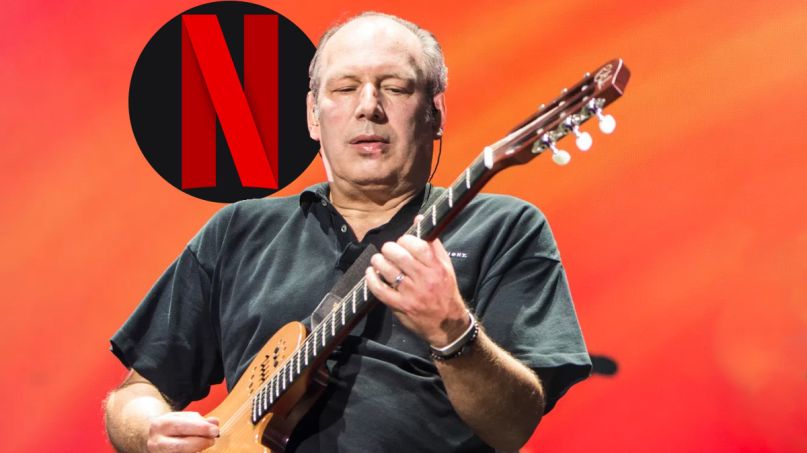 “Ta-dum.” You hear that sound and know exactly what’s happening: Someone, somewhere has just pressed play on Netflix. It’s perhaps the most iconic piece of sonic branding of the new millenium — and it’s only two seconds long. But as the streamer made the awards-qualifying push to get its original films into theaters (see, The Irishman, Dolemite Is My Name), that quick bit of audio suddenly sounded too small. So when searching for a bigger cinematic sound, Netflix knew there was only one person to whom they could turn: Hans Zimmer.

As revealed on the Twenty Thousand Hertz podcast, Netflix tapped Zimmer to compose an extended version of their familiar intro noise for cinemas. The company and the composer already had a relationship due to the latter’s work on the former’s royal drama The Crown. Outside of that, Zimmer is known for scores to blockbusters like Intersteller, Inception, and The Dark Knight, so if you ask him to add music to a 16-second logo presentation, you can bet it’s gonna be something epic.

According to Netflix’s Brand Design Lead Tanya Kumar, Zimmer handed in “six or seven various compositions” that were then narrowed to three. But with someone as versed as Zimmer, it didn’t take long to nail down a cinematic version of the classic “ta-dum.” The result sounds like it could be an outtake from a superhero score, and you can hear it below.

For more on Netflix’s sound design and how this new version came about, listen to the 100th episode of Twenty Thousand Hertz below. The Zimmer discussion begins around the 17:20 mark.

Next up for Zimmer is a return to highly anticipated blockbusters like Dune and No Time to Die, his first contribution to the James Bond franchise. The first-ever vinyl pressing of his Mission: Impossible 2 score was also recently announced.

The Netflix "ta-dum" soundmark is one of the all time greats, but doesn't work as well in a theater because it's only 3 seconds long.

So Netflix commissioned Hans Zimmer to extend it for theaters and … it's … so … good.pic.twitter.com/RGw26vCAGY