Just as she did for Gone with the Wind, TCM's Jacqueline Stewart contextualizes the comedy classic 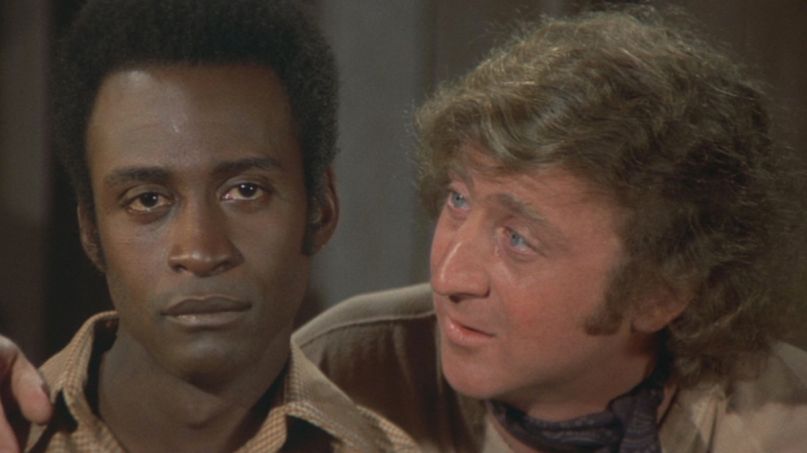 HBO Max created a stir when it pulled Gone with the Wind from its platform in order to add a historical disclaimer. Still, the burgeoning service expressed commitment to contextualizing such potentially problematic films rather than completely removing them, and it looks like they’re following through. The streamer has now added another disclaimer ahead of Mel Brooks’ comedy classic Blazing Saddles.

The 1974 Western satire centers on a Black man (Cleavon Little) who is made sheriff of a small town in a political ploy to sow chaos. With the help of an alcoholic but affable gunslinger (Gene Wilder), he ends up winning the townspeople’s respect and thwarting the crooked politicians’ plans.

In a three-minute, 12-second introductory video, TCM host and University of Chicago cinema and media studies professor Jacqueline Stewart (who also gives the Gone with the Wind disclaimer) sets the historical context for the film. Noting that the movie spoofs Westerns and racism, Stewart points out that the “racist language and attitudes” in the film “are espoused by characters who are explicitly portrayed here as narrow-minded, ignorant bigots. The film’s real and much more enlightened perspective is represented by the two main characters…”

Stewart even goes into how Richard Pryor was originally considered for Little’s role, but the studio decided his “history of drug-related arrests and controversial stand-up material made him too much of a risk.” Pryor did stay on as a writer, however.

The intro is really as much a cinematic history lesson as it is a racism disclaimer. Still, it’s laudable that HBO Max is trying to use films with controversial sentiments to further a much-needed discussion.

That said, film buffs might be asking if something that is so clearly a comedic satire really needs a disclaimer. Then again, as The Waco Kid put it, “You gotta remember that these are just simple farmers. These are people of the land, the common clay of the New West. You know, morons.”