The Zoë Kravitz-led adaptation will not receive a second season 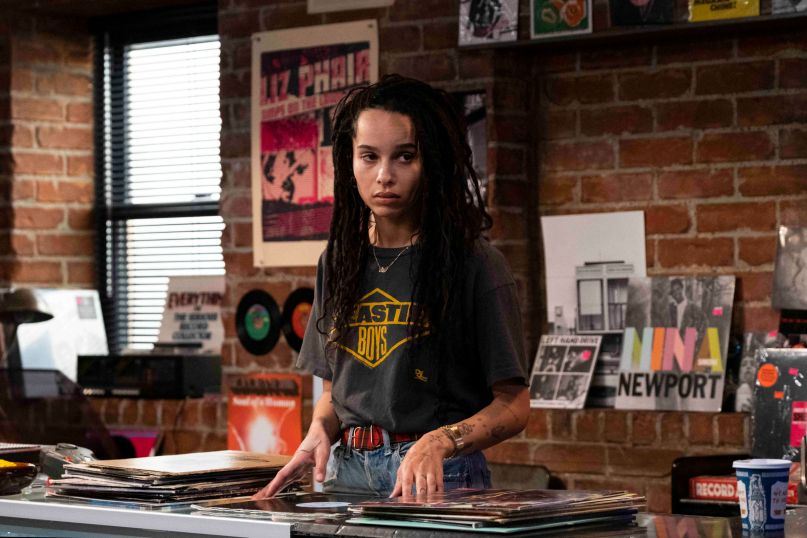 Hulu is pulling the plug on its Zoë Kravitz-led adaptation of High Fidelity.

The move is a surprising one, as the show received favorable reviews, including a 86% critics rating on Rotten Tomatoes. Series creators Veronica West and Sarah Kucserka had also planned out a multi-season arc.

Deadline reports that High Fidelity had “internal support” at Hulu and the streamer went as far to temporarily extend the options of the show’s cast as to give them “time to mull a potential renewal.” Ultimately, though, Hulu decided against a second season and informed the cast and crew of its decision on Wednesday.

The gender-flipped adaptation of Nick Hornby’s 1995 novel starred Kravitz as a record store owner in Brooklyn who explored the highs and lows of past relationships through music and pop culture. Hornby himself praised the show, writing, “High Fidelity the TV show deals with the world we’re in now. The playlists are made digitally, yet the hearts that are broken by feckless men and women are still inconveniently and painfully analog. Somehow, Rob survived the move into the 21st century, because people are still willing to pay for something that’s as ubiquitous as the air we breathe.”

However, the adaptation also had its critics. D.V. DeVincentis and Steve Pink, who co-wrote the 2000 film adaptation, publicly lashed out at Hulu and its parent company, Disney, for failing to give them proper writing credit.

“The problem is that it’s a remake of our movie. It’s not not a remake,” Pink said in a recent interview with Consequence of Sound. “You can’t look at the TV show and look at our movie and think that the TV show was not a remake. I don’t know how with an honest face you could make that determination.”

“…There were entire scenes, concepts, shots, and dialogue lifted directly from the movie — again not from the book — without any credit or attribution,” added DeVincentis. “Like, even an Easter egg in-joke I laid in to a record store scene for a friend — the meaning of which the TV writers could never know — was simply lifted and dropped into their teleplay with the rest of it.”