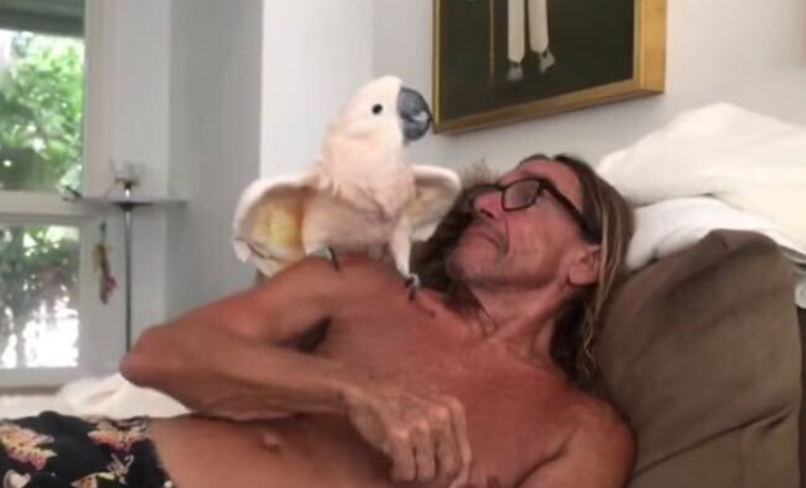 The majestic bird has just been named the “founding patron” of the Byron Bay Wildlife Hospital in Australia. As part of the “gig”, he’ll be promoting the organization and its latest campaign to build the area’s largest mobile wildlife hospital. Such a health center is dire in need at the moment considering the devastating fires that ravaged the country earlier this year.

“I’m a bird, and a real wild one, and I have many cockatoo cousins in Australia,” Biggy Pop was “quoted” as saying in an official statement. “I was so distressed to hear that 180 million birds died in the catastrophic bushfire crisis that killed over 3 billion native animals over the Australian summer. That really horrified me.”

He continued, “I heard about the team of Australian veterinarians building Australia’s largest mobile wildlife hospital and I thought, ‘That is such a brilliant idea.’ So when they asked if I would be their founding Patron, I thought ‘Yeah, I’d love to connect with my bird sisters and brothers in the magical land of Oz.'”

According to Biggy, father Iggy “told me [Australia] is a really cool place where people care for nature and love music, dancing, art and creativity. It sounds like my kind of place.” The “Surfin Bird”-singing cockatoo added, “I hope to get down there one day with Iggy, when it’s safe for humans to travel again. I’d fly down there now, but my dad would really miss me. For now I’m going to help spread the word via my Instagram page.” (Take it from his writer, Biggy’s IG is a true gift.)

The Stooges singer picked up Biggy some 12 years ago from a roadside vendor in a remote part of Florida. “He seemed to be in peril of a bad future. So we decided to take care of him, responsibly. And we have,” said Iggy, a noted animal whisperer. “He gets and gives a lot of love.”

For more information on Biggy Pop’s involvement with the Byron Bay Wildlife Hospital, watch the two videos below.

Hey Everyone! Hope life is being kind to you. I’m on a bit of a break (I’ll be back real soon), but in the meantime, please check out my friends at the Byron Bay Wildlife Hospital. They are doing amazing work for my wildlife cousins in need of treatment, rehabilitation, and general preservation and protection in Aus (one of the most beautiful places on planet earth). We all know from our peeps on the West Coast of the US, how devastating fires can be to people, of course…but also to animal populations. Last year was particularly catastrophic for Australia. Now BBWH is on a mission to help preserve the animals that are left, as they truly are, a global treasure. If you have a moment, please take a look at what they are doing, and if you are in a position to donate, please do that too. I’ll see you all before you know it🐥♥️. #BiggyPop #IggyPop #iggypopofficial #ByronBayWildlife #Moluccan #Cockatoo #Wildlife #Conservation #Birds #Snakes #Roos #Koalas #Australia #ByronBay @byronbaywildlife