India Shawn and Anderson .Paak Are “Movin’ On” with New Single and Video: Stream 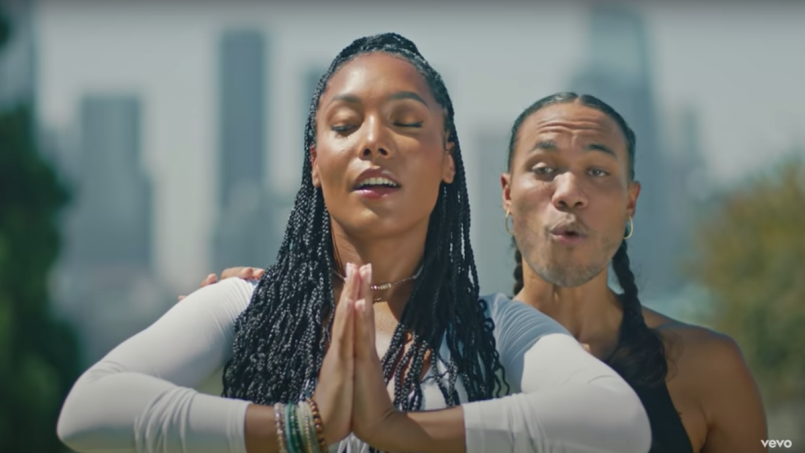 One of the smoothest voices in Los Angeles has linked up with one of the smokiest: India Shawn has shared her new song “Movin’ On” featuring Anderson .Paak. It comes with a wacky music video that marks .Paak’s directorial debut.

A former member of the Full Circle songwriting team, Shawn is a veteran ghostwriter with cuts for Akon (“Take It Down Low”), Monica (“Without You”), Diddy & Dirty Money (“Your Love”), Chris Brown (“Trumpet Lights”), Keri Hilson (“Way You Love Me”), and more. Now, she’s focusing on her solo career.

“Movin’ On'” features production from D’Mile and a beat made up of staccato bursts of horns. Lyrically, the song is a self pep talk. “I’m in my bag, sometimes it’s like that,” Shawn begins, “Get yourself out of the blues.” For his part, .Paak contributes jazzy raps and soulful singing to tell the story of a girl ready to move on from him. “New chick after new chick,” he says, “I done lost count of excuses/ Bout why we can’t be exclusive (yeah)/ But I’ll be damned if I lose it (yeah).”

In a statement, Shawn explained her desire to create a positive track about “moving away from a toxic situation.” She said,

“‘Movin’ On’ is the magic that happens when you get your dream producer D’Mile and dream collaborator Anderson .Paak on the same track! It’s good energy all around, which helps to anchor the message of moving away from a toxic situation into a space that feels GOOD.”

The accompanying music video shows off .Paak’s goofy sense of humor. Ostensibly, it’s about Shawn waking up after a night of heavy drinking and trying to get her life together. But bizarre little moments keep things light. The first-time director uses face-swapping technology to put himself into some extremely flexible yoga poses, and part of his verse is spit by a horse. His old pals The Free Nationals also make cameos. Check out “Movin’ On” below.

Shawn’s artist page at Universal Music Group suggests she’s currently working on a new solo album. Few details are known, but in April she shared what might have been the lead single, “Not Too Deep” featuring 6lack. As for .Paak, he recently addressed police brutality on the song “Lockdown”, and then shared a remix featuring JID, Noname, and Jay Rock.  Earlier this month, he shared the Rick Ross collab “Cut Em In”, and appeared on Nas’ new album King’s Disease.