Into the Wild Bus Finds New Home at Fairbanks Museum 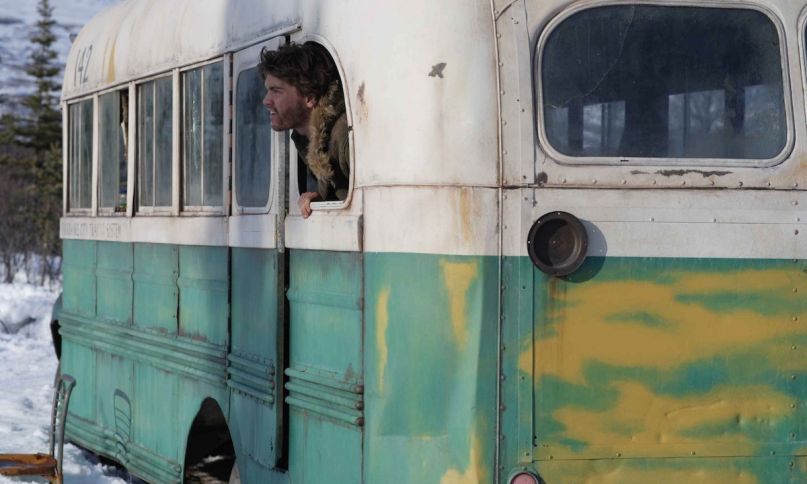 Into the Wild (Paramount Vantage)

Back in June, the rickety bus made famous by Into the Wild was airlifted out of Alaska’s Denali National Park due to public safety concerns. Now, the state’s Department of Natural Resources (DNR) has found a new and much more accessible home for the iconic vehicle: a museum in Fairbanks just two hours away.

After the release of the 2007 film (itself based on Jon Krakauer’s book), Bus 142 became a popular tourist attraction. However, because of the vehicle’s remote location in Denali Park — a sprawling landscape of forest, tundra, and glaciers larger than the state of New Hampshire — visits to see it up close and personal often turned dangerous. In fact, just last summer, one woman died while attempting to reach the abandoned vehicle.

Following the removal of the bus, a search for its new home commenced. Actor Emile Hirsch, who played real-life hiker Christoper McCandless in Into the Wild, offered up his own backyard, fearing the bus would otherwise be destroyed. “I’d be really sad if they [local government agency] cut it up and sold it for scrap metal,” he told TMZ at the time.

Bus 142’s new prospective home is the University of Alaska’s Museum of the North in Fairbanks, as it satisfies most of the criteria set forth by the DNR. While the bus won’t be in its natural wooded habitat any longer, a proper staff will be in place to care for it, and visitors will no longer have to risk their lives in order to see it for themselves.

“Of the many expressions of interest in the bus, the proposal from the UA Museum of the North best met the conditions we at DNR had established to ensure this historical and cultural object will be preserved in a safe location where the public could experience it fully, yet safely and respectfully, and without the specter of profiteering.

I believe that giving Bus 142 a long-term home in Fairbanks at the UA Museum of the North can help preserve and tell the stories of all these people. It can honor all of the lives and dreams, as well as the deaths and sorrows associated with the bus, and do so with respect and dignity.”

The DNR will continue to retain ownership of the bus, meaning that it can lend it out to other locations in the future (including Hirsch’s backyard!). Final negotiations and paperwork between the DNR and museum are expected to be completed within the next few months.

Purchase the Into the Wild movie here and Krakauer’s book here.

Previous Story
Song of the Week: Travis Barker and Run the Jewels Welcome Us to the Jungle on “Forever”
Next Story
Spotify CEO To Artists: “You Can’t Record Music Once Every Three To Four Years And Think That’s Going To Be Enough”
Popular
More Stories
[fu-upload-form form_layout="media" title="Submit Your Photo"][input type="hidden" name="ugc" value="1"][/fu-upload-form]