The Sopranos’ James Gandolfini Was Obsessed With Green Day’s Dookie 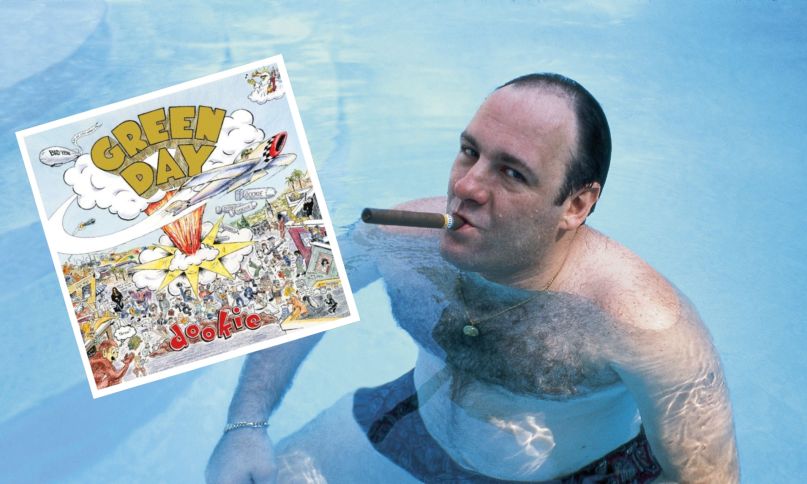 Tony Soprano loved Journey, but James Gandolfini was more of a Green Day guy. According to his co-star Michael Imperioli, aka Christopher Moltisanti, the late Sopranos star was obsessed with the Bay Area rockers’ 1994 breakthrough album Dookie.

Last week, Imperioli responded to a fan online who asked what music Gandolfini enjoyed. “Green Day,” Imperioli shared, “he would play the vinyl of Dookie in his trailer at work. Totally serious.” He later doubled down: “No joke. He loved Green Day.”

It gets better. Over the weekend, Imperioli reached out to Stereogum and offered some more choice anecdotes. “Gandolfini would also sing ‘Basket Case’ and make up his own lyrics about HBO and the writers and producers of The Sopranos. Usually when he was feeling overworked and overexposed, and his lyrics would reflect that. Some of the more musical crew members would add a verse or two. Great fun.”

If that weren’t enough, Imperioli also confirmed that Gandolfini “named his dog Dookie and used it in his email address.” Who knows, maybe he spent his afternoons arguing over Green Day songs on message boards. Could you imagine?

In related news, creator David Chase recently confirmed Tony’s fate by accident during a panel. He’ll have a chance to rebuild the mystery next year when his long-awaited prequel, The Many Saints of Newark, hits theaters on March 12th, 2021.