Leto himself confirmed his involvement in a Twitter post, while also perhaps accidentally letting the title slip 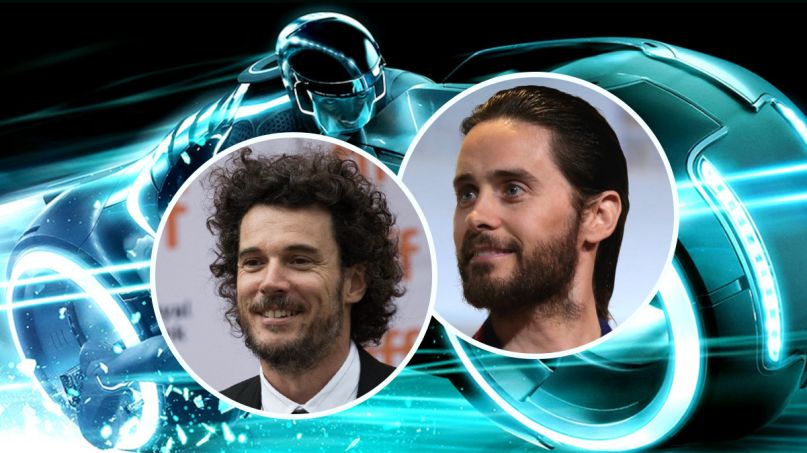 Beam Garth Davis onto the Grid, as the filmmaker has reportedly been hired to direct the upcoming Tron sequel starring Jared Leto.

Deadline has it that the director himself heavily pursued the job. It will mark the Emmy-winner’s first major tentpole feature, as he’s best known for smaller productions like 2018’s Mary Magdalene and 2016’s Lion. The latter movie, which starred Dev Patel, Nicole Kidman, and Davis’ frequent collaborator Rooney Mara, was nominated for six Academy Awards, including Best Picture.

Not much is known about the project beyond the fact that Leto has been attached to it since 2017. At the time, the threequel was meant to be called Tron: Ascension and pick up immediately following the events of 2010’s Tron: Legacy with the original cast (Olivia Wilde, Garrett Hedlund, Jeff Bridges) returning. However, after years of development, it’s not sure exactly where the story might go.

Leto himself confirmed his involvement on Monday via a Twitter post, while perhaps accidentally letting the title slip. “I am so very excited and proud to confirm that YES — I will be starring in TRON: ARES,” he wrote before deleting the tweet and reposting it without the “ARES” teaser. That name is familiar to fans who have been following the Tron 3 saga, as Leto has long been rumored to be playing a character called Ares.

In addition to Ares and Ascension, the proposed movie at one point also had the rumored name Tron: Destiny. We’ll have to wait for Disney’s formal announcement to see if the project actually ends up putting its lead character front-and-center or if Leto was mixing up his own casting with the title.

Leto, who is also set to produce, went on to express “gratitude for the opportunity to bring this movie to life, especially as both the original video game and the film affected me so deeply as a young child. The fact that I get to be a part of this new chapter is mind-blowing.” Read his full statement ahead.

Other producers on Tron 3 include Justin Springer and Emma Ludbrook, while Jesse Wigutow penned the most recent script. Disney’s President of Music and Soundtracks also confirmed that there have been initial discussions to bring Daft Punk back for the soundtrack. The electronic duo provided the score for Tron: Legacy.

This is the second major project Leto has confirmed in the last few days. On Friday, he revealed he’ll be playing iconic artist Andy Warhol in an upcoming film. Whether that’s the same Warhol biopic from screenwriter Terence Winter that Leto was attached to in 2016 is not yet clear.

I am so very excited and proud to confirm that YES – I will be starring in TRON.

We will work as hard as we possibly can to create something that I hope you all will love.

We have some very special ideas in store for you all…🤗

Did Jared Leto accidentally confirm the Tron Ares title and then delete the tweet? 🤔 pic.twitter.com/QOcP5N9fNB