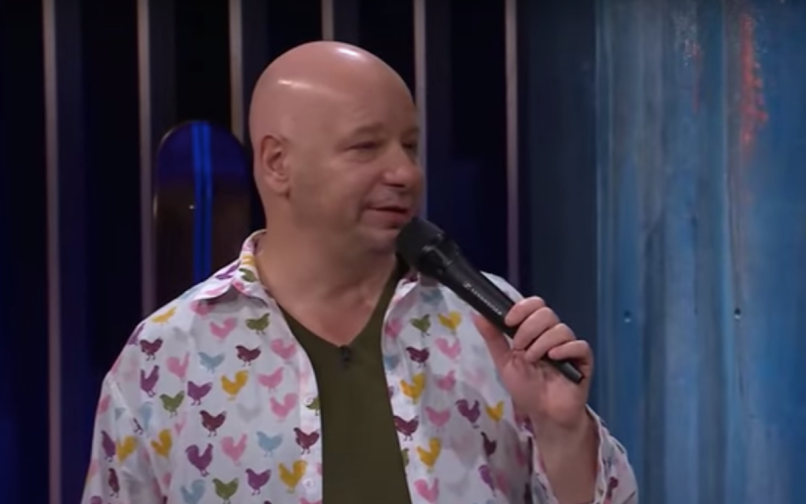 Comedian Jeff Ross has been accused of the statutory rape of a 15-year-old girl, as well as taking explicit photographs of her and other minors.

As Vulture reports, Jessica Radtke (she chose to be identified by her maiden name for this story) first brought these allegations to light in a Facebook video on October 17th, 2019, on a page she created entitled “Iwas15hewas33.” In the nearly 13-minute clip, Radtke holds up a series of polaroid pictures, many allegedly taken inside of Ross’ New York apartment. Of one snapshot, at the Friar’s Club Roast of Jerry Stiller in 1999, Radtke says, “Please note where his hand is on my 15-year-old body: very close to my breasts.” She also produces physical tickets to prove that she really did go where she said she went, along with photos of her wearing Ross’ trademark fedora allegedly taken inside his home.

The video initially got little traction, but shortly after comedian Chris D’Elia was accused of sexual misconduct, people started paying attention. After the clips moved to Twitter, they collectively racked up half a million views in just four days. It has thrust Radtke into the spotlight, giving her a larger platform to tell her story.

According to Radtke, she met Ross after getting a job at the Boston Comedy Club. The club’s booker, Gina Savage, had realized that Radtke’s father had alcohol problems, leaving Jessica virtually unattended. “Gina noticed that my father was really drunk and I was a teenager coming to a comedy club all the time,” she said. “So she approached me to the side and said, ‘Hey, listen. Would you like a job?'”

It was there that she met Jeff Ross in July of 1999. “I’ll never forget what he was wearing,” she told Vulture. “It was an orange long-sleeve shirt, green cargo shorts, and white Adidas shell toes with black stripes on them,” she said. “And he did this thing — he was looking at me, and he winked at me. Something in me was like, Oh, yeah, yeah, yeah, because no one had ever winked at me like that.”

The first time that Ross asked her on a date, he reportedly asked her father’s permission. But that gesture wasn’t repeated, and soon Radtke had moved some of her things into Ross’ apartment. Her father confirmed to Vulture that he was aware of their sexual relationship. “I didn’t really monitor what she was doing because she was savvy enough to take the subway and go around, and she was hanging out with adults,” he said. “I trusted her judgment.” On the subject of the age gap between Jessica and Ross, he indicated approval. “If you go out with a 17-year-old guy, he may want to drive fast and impress you and you get killed, you know?” he said. “I really didn’t think much of it.”

In addition to having “a lot” of unprotected sex, Radtke said that Ross took explicit photographs of her. “He would have a preference that I shave my vagina completely off. He was very mad whenever I wore red lipstick or really dark makeup. He didn’t like it if I looked too grown-up or too ‘whore-y.’ He liked that I was innocent.”

The sexual relationship between Ross and Radtke continued through her 18th birthday, around which time she came across other explicit polaroids in Ross’ apartment. “They were not women. They didn’t have any pubic hair,” she remembers. They broke up, but after Ross “begged” her, they eventually got back together. “Somehow he explained it to me, and I felt like a hypocrite, so I went back.” The relationship ended for good after her 22nd birthday.

In a Twitter post, Jeff Ross denied the allegations. “These disgusting allegations asserted against me are absolutely not true,” he wrote. “I have never engaged in any sexual relationship with a minor.” He added that the claims have “been investigated numerous times and thoroughly reviewed,” and that “The witnesses and evidence do not support these despicable allegations.”

For years, Ross has had a reputation as someone with a predilection for young women and girls. It came up several times during a 2019 Friar’s Club Roast of Alec Baldwin. Comedian Nikki Glaser joked that, “Jeff gets really hot girls, and I just — How do you get tens? Teens — I’m sorry, I read that wrong.” She also suggested that he has “the sex appeal of a gymnastics doctor,” referencing the disgraced pedophile Larry Nassar.

Caroline Rhea put the same sentiment more succinctly: “Jeff Ross, you’re a staple on the roasting circuit and a predator at high-school dances.”

Earlier this year, Radtke updated the “iwas15hewas33” Facebook page and asked for help finding a lawyer. She’s currently represented by Alex Little, who pressed Kesha’s case against Dr. Luke. Radtke is expected to file a lawsuit under the Child Victims Act, which in 2019 temporarily lifted the statute of limitations of child sex-abuse cases in New York.

FWIW, a friend told me about going on dates with Jeff Ross when she was 15/16. I don’t know how far things went, and it’s not my story to tell. But this was year after the events detailed in the video below. This is clearly a pattern of behavior. https://t.co/rliMOu6F3s