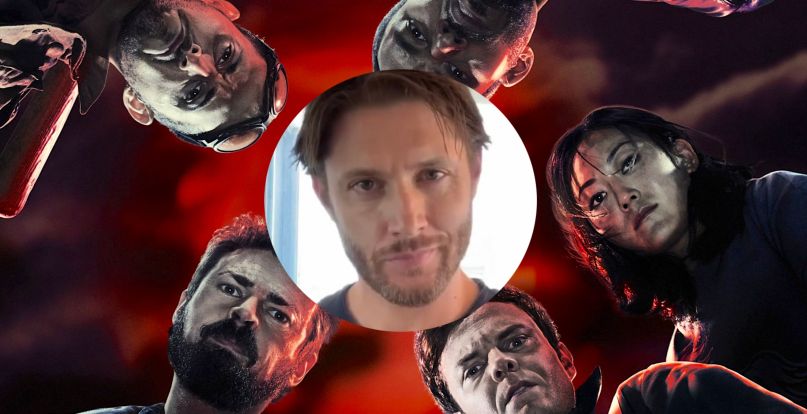 Never leave one job without securing another, right? That old adage is certainly one Jensen Ackles believes in. Today, the Supernatural hunk confirmed on Instagram that he’s reuniting with his pal Eric Kripke for the third season of The Boys.

“I keep wondering what I’ll do….when @cw_supernatural finally ends this year,” Ackles wrote on Instagram. “Then it hit me.” He accompanied the caption with a clip of him holding up a graphic novel of The Boys with “Soldier Boy” playing.

Kripke then confirmed the news in a true-blue Kripke statement:

“When I was a child, I had a crazy, impossible dream — to provide Jensen Ackles with gainful employment. I’m happy to say that dream has come true. Jensen is an amazing actor, an even better person, smells like warm chocolate chip cookies, and I consider him a brother. As Soldier Boy, the very first Superhero, he’ll bring so much humor, pathos, and danger to the role. I can’t wait to be on set with him again, and bring a bit of SUPERNATURAL to THE BOYS.”

Of course, we still have a full second season of The Boys to get through before Ackles rides up. More importantly, though, Ackles has to close down shop over at Supernatural for The CW. As previously reported, the series was set to conclude its 15-season run this past May before COVID-19 threw a wrench into those plans. Because of this, the cast and crew are currently shooting the final two episodes, which will then be bundled into the final seven episodes to air at an undisclosed date.

Based on the comics by Garth Ennis and Darick Robertson, and adapted by Seth Rogen, Evan Goldberg, and Eric Kripke, Season 1 of The Boys was an NSFW hit that we named one of our favorite TV shows of 2019. The second season of The Boys hits Amazon on September 4th with three new episodes, followed by one new episode each week until the finale on October 9th. As Kripke detailed in a recent Collider interview, the new season will also come with a short film focused on Urban’s Butcher.

I keep wondering what I’ll do….when @cw_supernatural finally ends this year. Then it hit me. *volume ⬆️