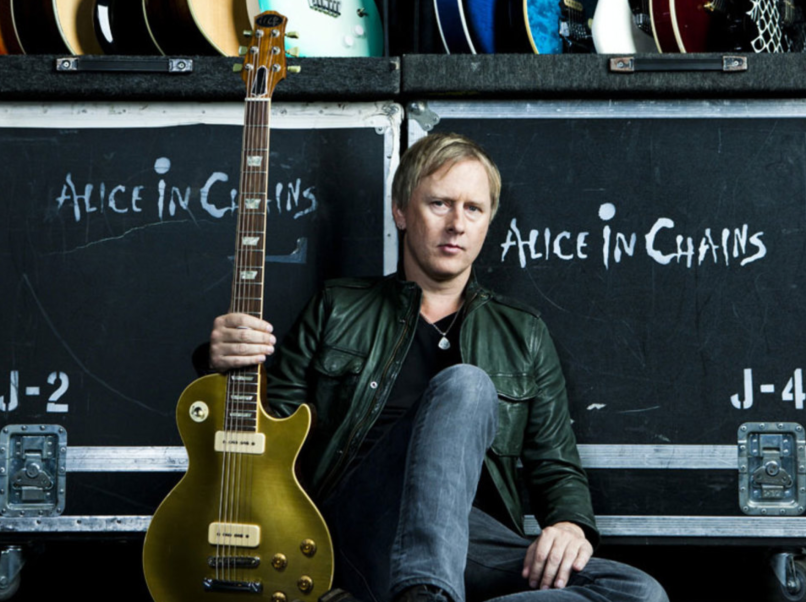 Jerry Cantrell of Alice in Chains

Alice in Chains’ debut album, Facelift, turns 30 this week. Needless to say, the anniversary has us waxing nostalgic about the legendary grunge band. Before the rise of Nirvana and the genre’s ubiquitous mainstream surge throughout the early ’90s, Alice in Chains already had a major label deal. They were one of the first major Seattle bands to achieve such heights. The term “grunge” wasn’t a thing. Bands like Green River, Mother Love Bone, and the Melvins had laid the groundwork, combining the sonic textures of metal, the ethos of punk, and the honesty of what was then called “alternative” music. Alice in Chains, maturing from their sincere glam metal origins, seemed to perfectly align these factors. Facelift would achieve widespread college radio airplay as well as mainstream chart success, a crossover few have achieved with such a flourish.

In the three decades since Facelift, the history of Alice in Chains has been the subject of dubious conjecture, mystery, and sensationalism (a la Rolling Stones’ infamous Layne Staley cover). The iconoclastic backstory of the band, notoriously private, and its late founding frontman, Staley, threatens to overshadow the true essence of their art. The core of early Alice in Chains is Jerry Cantrell’s soulful guitar playing and Staley’s darkly impressionistic lyrics — fueled by a fierce rhythm section of Sean Kinney and bassists Mike Starr and Mike Inez. With current frontman William DuVall, they have continued that high level of creativity. They are an intensely musical band, as proven by their ability to swing effortlessly from heavy metal to slow, acoustic material.

For this piece, we decided to hone in on Cantrell’s under-appreciated riff work. Not every Alice in Chains song contains a riff — as the band shifted toward murkier musical territories in the mid ’90s, embracing other atmospheres and textures. But Cantrell can riff with the best, cutting his teeth on ’80s metal during his formative, pre-Alice years. His mastery lies in his ability to inject those riffs with melody, rendered through glorious tones that remain the pinnacle of recorded guitar production.

Travel back with us as we revisit Cantrell’s 10 best Alice in Chains riffs.