Coming to Showtime this fall 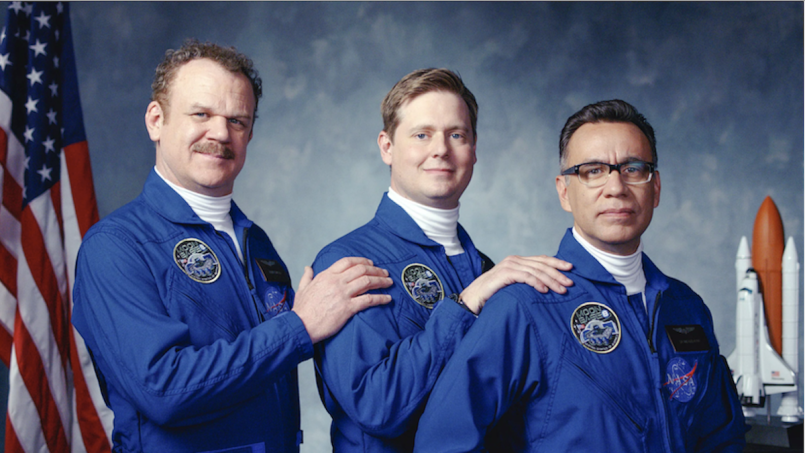 Three heavenly bodies have appeared on the horizon: John C. Reilly, Tim Heidecker, and Fred Armisen are banding together to write, produce, and star in the new series Moonbase 8. The out-of-this-world comedy will crash land on Showtime in the fall.

The show has been described in a statement as “a workplace comedy that follows three subpar astronauts living at NASA’s Moon Base Simulator with high hopes of being chosen to travel to the moon.”

The series is a co-production of A24 and Heidecker’s Abso Lutely Productions, with Jonathan Krisel serving as co-creator, director, and writer. Krisel is no stranger to the starry cast: he worked with Heidecker on Tim & Eric Awesome Show, Great Job!, with Reilly on Check It Out! with Dr. Steve Brule, and with Armisen on Portlandia.

For Reilly, this will be one of his first projects since 2018, when he took a break after the slight letdown of Holmes & Watson. His c-stars have been busy in various musical capacities: Armisen recently performed at the Light in the Attic Livestream Charity Concert, and he participated in an all-star sing-along of Weird Al’s “Eat It”. Meanwhile, Heidecker has a whole album, Fear of Death, coming out next month. Earlier in the pandemic, he released the quarantine song “This Ain’t No Livin”, and premiered the new sitcom Beef House on Adult Swim.

Houston we have a… new series from @A24. Fred Armisen, Tim Heidecker, and John C. Reilly are joining NASA in #Moonbase8. Premieres this fall on Showtime.