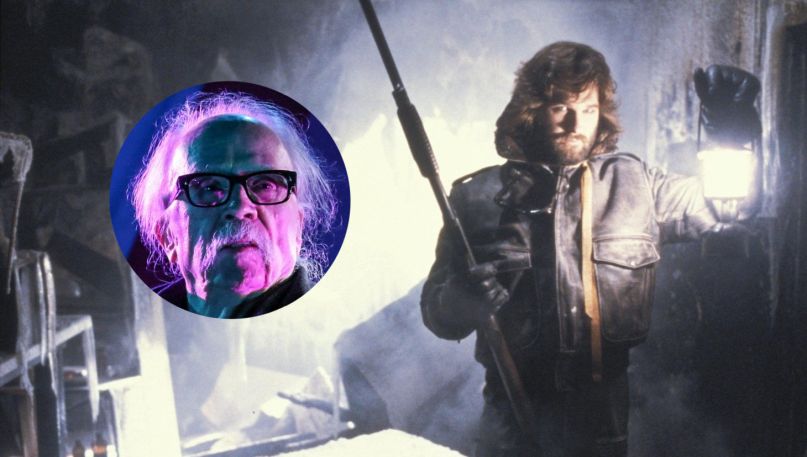 For someone who doesn’t love work, John Carpenter certainly stays busy. On Saturday afternoon, the Master of Horror confirmed a number of projects while speaking with Fantasia Film Festival as he accepted their Lifetime Achievement Award.

For starters, Carpenter let it slip that he’s working with Blumhouse and Universal on their forthcoming reboot of The Thing. When pressed if it was a prequel or a sequel, he played it coy and stayed mum as he’s wont to do.

As previously reported, that project is reported to be a new reimagining of John W. Campbell Jr.’s Who Goes There?, only Universal and Blumhouse are also planning to pull from its recently unearthed and expanded version of the novella, Frozen Hell.

Given that Carpenter is currently working with Blumhouse and Universal on their ensuing Halloween legacy sequels, it’s not too surprising that he’d be brought in for this. Whether his involvement will be in the same capacity — serving as both an executive producer and composer — remains to be seen. Here’s hoping; we’d love more scores from Carpenter.

On that note, Carpenter also confirmed his latest album, Lost Themes III, will be landing sometime in February 2021. He even gave it a subtitle: Alive After Death. We’ve reached out to his representative for more details.

Towards the end of the conversation, Carpenter was set to premiere a new track “Buried”, which reportedly is not from Lost Themes but an undisclosed future horror film. Sadly, the transmission cut off the track before we could hear the full thing.

Watch the full conversation below. In related news, you can revisit his recent double-sided single “Skeleton” and “Unclean Soul”, two tracks that will eventually make its way on to the aforementioned Lost Themes III. If anything, this should make the extra year wait for Halloween Kills go down a little smoother.