Kanye West on Being a Spoiler Candidate: “I’m Not Going to Argue with You” 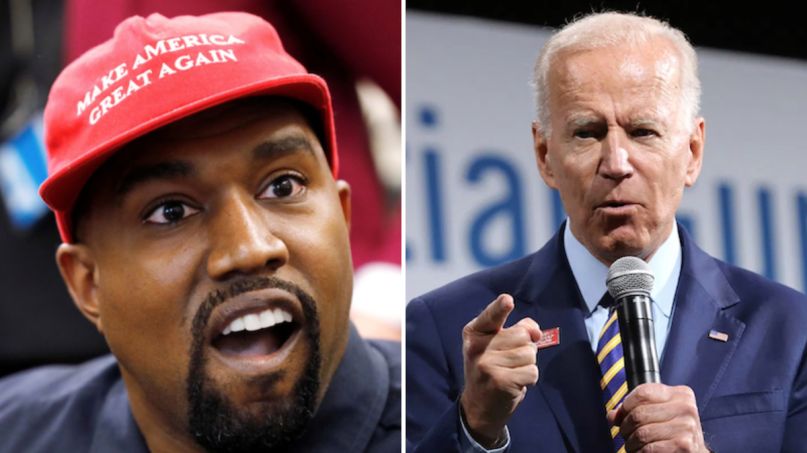 No one expects Kanye West to make any sort of realistic push for the White House in 2020. Yet his campaign trudges on, with Republican and Trump-affiliated operatives working to get him on the ballot in what few states’ deadlines haven’t already passed. So it’s a fair question to ask if Kanye’s bid is an intentional spoiler meant to siphon votes from presumptive Democratic nominee Joe Biden. Well, when asked about it directly by a Forbes reporter, he didn’t exactly deny it.

The comment came during a text interview with Randall Lane. The Forbes reporter has been in frequent text communication with Kanye over the last few months, noting that messages from the billionaire rapper “earlier this summer repeatedly ended with the sign-off ‘Trump 2020,’ and a fist raised high.” In fact, Kanye claims to still be in close communication with the Trump administration, and told Lane that he’s “meeting with Betsy DeVos about the post-Covid curriculum” as he works on “designing a school within the next month.”

In his report, Lane argues that all signs are pointing to Kanye’s purpose being a spoiler campaign. Even Kanye himself said he was “walking” for president, not running, though he added “walking… to win.”

Apparently responding to the story, Kanye later tweeted, “THE GOAL IS TO WIN,” in all caps, which these days is the equivalent of “very presidential.”

Of course, all of this needs to be taken in the context of what many, including Kim Kardashian-West, are concerned is a major bipolar episode. Besides which, recent polling suggests Kanye’s spoiler campaign may be backfiring, as it’s negatively impacting Trump’s numbers. If that’s the case… keep it up?

THE GOAL IS TO WIN