Lamb of God Now Have Their Own Small-Batch Coffee 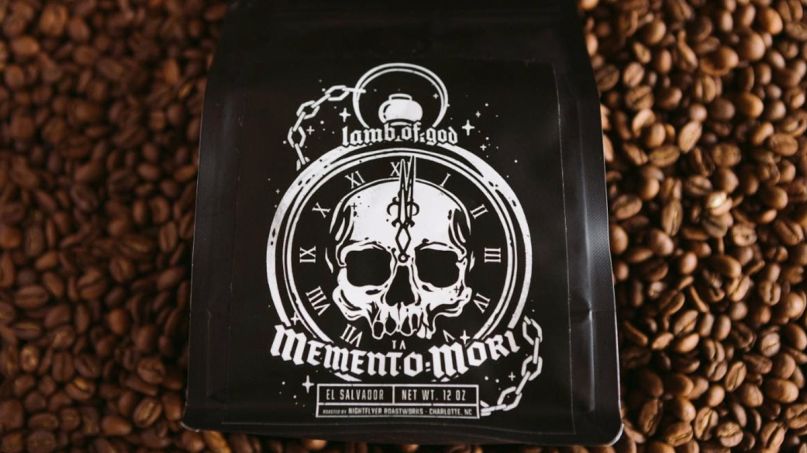 Self-declared coffee lovers Lamb of God have launched their own small-batch single origin brew, Memento Mori, named after a single from their highly acclaimed 2020 self-titled album.

Memento Mori is the band’s first foray into the world of coffee. The beans were sourced in El Salvador and roasted in Charlotte, North Carolina.

There’s a distinctly metal connection between Lamb of God and their partners on the endeavor, Nightflyer Roastworks: The latter is owned by Between the Buried and Me guitarist Paul Waggoner. The collaboration is also appropriate given Lamb of God’s affinity for a good brew, which developed as they explored coffee shops around the world and brewed with the espresso machine on their tour bus. According to a press release for Memento Mori, the new coffee reconciles guitarist Willie Adler’s “longtime passion” of roasting beans and blending at home.

There’s no tasting notes mentioned for the whole bean coffee, so we’ll have to trust in Lamb of God to deliver a blend as splendid as their new album. Maybe a potent dark roast? Or a smooth, sweet blend like Nightflyer’s other single-origin coffee from El Salvador?

Purchase a 12-ounce bag of Memento Mori for $20 via Lamb of God’s coffee site. Watch the music video for the song “Memento Mori”, as well as our recent interview with Lamb of God singer Randy Blythe, below.