"Growing up in the inner city, as an African-American kid, there’s no way you're supposed to f*cking make it out" 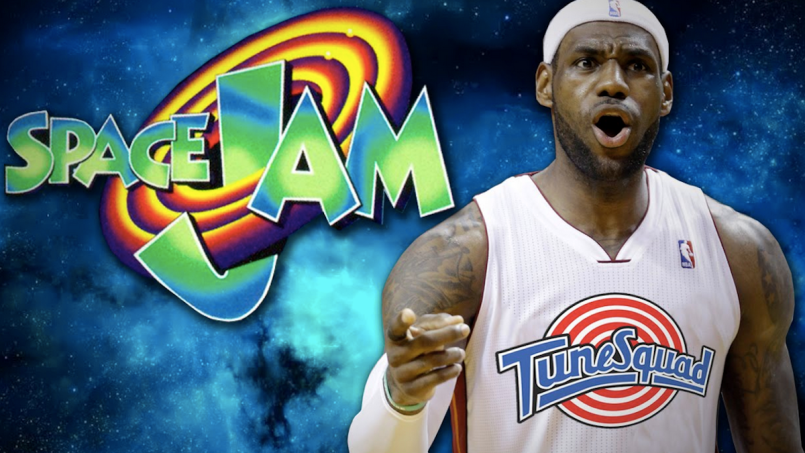 Throughout his historic career, LeBron James has led both the Cleveland Cavaliers and Miami Heat to NBA glory. It turns out the superstar athlete is just as inspiring on a film set as he is on a basketball court.

TMZ has obtained audio of a speech James gave to the cast and crew of the upcoming Space Jam sequel, and it’s equal parts uplifting and emotional. The Los Angeles Laker delivered his moving words on the final day of filming Space Jam: A New Legacy.

To start his address, James talked about how starring in the sequel was a dream come true from the very start. “I’m gonna be honest completely with you guys – when I found out about the project, I was like it’s Space Jam! It’s a movie that I grew up watching,” he gushed. “People in the movie that I idolize. I was like absolutely, I gotta do it. There’s no way I can turn down Space Jam!”

The NBA all-star also spoke about his difficult childhood and how someone like him was never “really supposed to be here” on a major movie set and given these kinds of incredible opportunities. “I’m just a small kid from Akron, Ohio – a very small town outside of Cleveland. From a single-parent household, I’m the only child, my mother had absolutely nothing,” remarked James. “She was walking around high school when she was 16 years old and she was pregnant with me as a high school sophomore. So, I’m really not supposed to be here.”

“Growing up in the inner city, as an African-American kid, there’s no way you’re supposed to fucking make it out,” James continued. “And, the fact that I’m who I am as an African-American adult now with three kids of my own, and I made it out of the situations that I was in… This shit is like extra credit for me, man.”

Listen to the full farewell speech below. Warning, it will make it rain on your face like James’ three-pointers.

Update: A preview of James in his new Tune Squad threads has hit online.

No word on whether Warner Bros. will add the speech to the original Space Jam website, which, if you’ve never visited, is an amazing internet time capsule.