The embattled comedian made a surprise appearance in Ohio this week 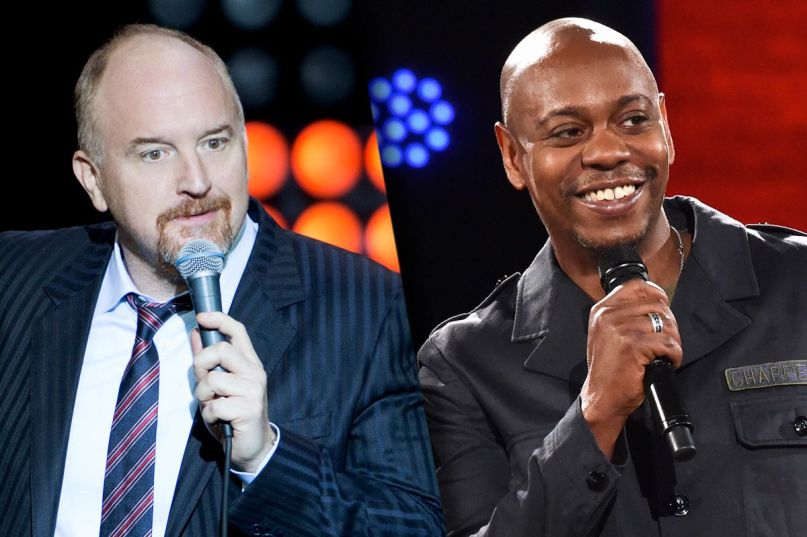 This week, Dave Chappelle hosted the latest installment of his quarantine standup series “An Intimate Socially Distanced Affair,” and he brought along a special guest sure to raise a few eyebrows. Louis C.K., whose comedy career was largely derailed following a series of sexual misconduct allegations, joined Chappelle and several other comics at the Wirrig Pavilion in Yellow Springs, Ohio on Tuesday.

Photographer Mathieu Bitton posted a photograph with Chapelle, C.K., Michelle Wolf, Mo Amer, and DJ Trauma posing together on stage. DJ Trauma himself shared the photo on his own Instagram, adding as a caption, “Louis CK came thru and rocked with us!!!”

In a New York Times article published in November 2017, five women accused Louis C.K. of sexual misconduct. All five of his accusers worked with Louis C.K. in some capacity, whether as aspiring comedians or on the sets of TV shows. They all made similar allegations against Louis C.K, detailing incidents in which he asked to masturbate in front of them — or physically did so without their consent. Louis C.K. subsequently acknowledged that these allegations were true and apologized for his actions. As a result of Louis C.K.’s admission, both HBO and FX ended their working relationships with the comedian. Additionally, the release of his movie, Love You, Daddy, was canceled.

Less than a year later, however, C.K. was back on the comedy club circuit, making jokes about rape, the Parkland shooting survivors, the “Black people” who stuck by his side, and his experience of losing “$35 million in an hour”. Back in April, he released a new standup special in which he joked about his own allegations.