Lzzy Hale Shows Off Her Pipes on Cover of Dolly Parton / Whitney Houston Classic “I Will Always Love You”: Stream 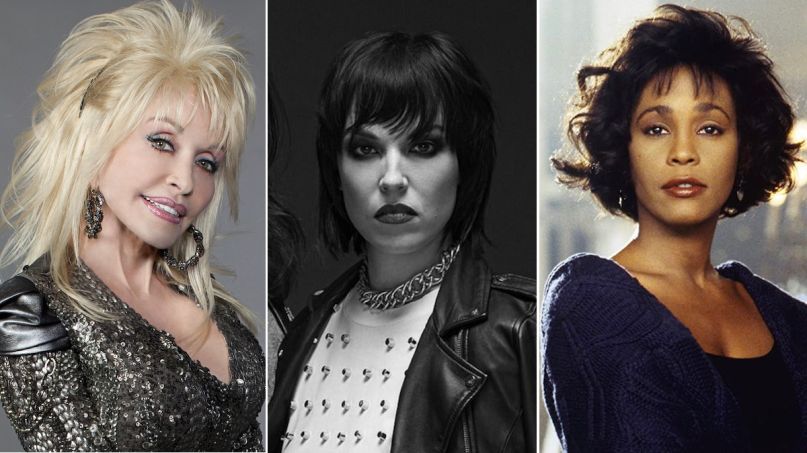 Halestorm frontwoman Lzzy Hale has one of the strongest voices in hard rock, and she shows off her pipes on a newly released cover of the Dolly Parton / Whitney Houston classic “I Will Always Love You”.

The song appears on Halestorm’s new six-song Reimagined EP, which also features re-worked versions five of the band’s previous singles. A couple weeks ago, Halestorm released a new version of “Break In” featuring Lzzy duetting with Amy Lee from Evanescence.

Lzzy has performed “I Will Always Love You” at select Halestorm concerts in the past, but this marks the first studio recording of her cover. While Dolly Parton wrote and originally recorded the heart-wrenching ballad in the ’70s, Lzzy’s rendition is more in tune with the massively popular Whitney Houston version from the soundtrack to the 1992 film The Bodyguard.

The cover forgoes Halestorm’s guitar-driven rock in favor of a piano, letting Lzzy’s voice shine above the music. Her vocals sway from velvety smooth in the verses to a powerful rasp in the chorus.

The timing of the song coincidentally comes as Dolly Parton made headlines this week for a strong statement in support of Black Lives Matter in a new interview. The country legend declared, “Do we think our little white asses are the only ones that matter? No!”

Meanwhile, Lzzy recently checked in with Heavy Consequence for our “Beyond the Boys’ Club” column, in which she discussed her experience as a woman in the rock and metal world, how the pandemic is affecting bands, and more.

The Halestorm singer also appears on the latest single by Evanescence, guesting on the inspirational track “Use My Voice” along with Taylor Momsen, Sharon den Adel, and others.

Listen to Lzzy Hale’s cover of “I Will Always Love You”, and stream Halestorm’s entire Reimagined EP, below. The EP is out now digitally and hits vinyl on August 28th, with pre-orders available here.