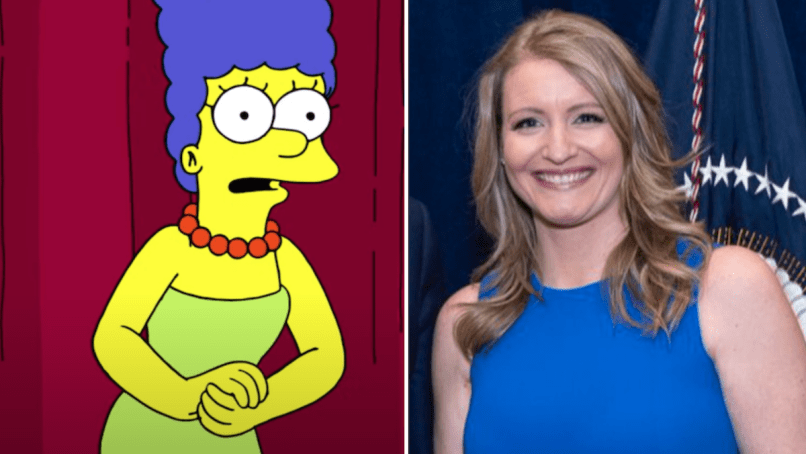 In the clip, Marge takes the spotlight after hearing about Ellis’ comments. “Lisa says she doesn’t mean it as a compliment. If that’s so, as an ‘ordinary suburban housewife,’ I’m starting to feel a little disrespected. I teach my children not to name-call, Jenna,” Marge says, adding at the end. “I was gonna say, ‘I’m pissed off,’ but I’m afraid they’d bleep it.”

Ellis attempted another clap-back in a response tweet, sharing the clip proudly and writing, “Marge is probably going to vote Democrat… by mail.”

Now, obviously Trump surrounds himself with conniving, lying-or-just-evil sycophants. But when one of them tries to call out a cartoon by pointing to the White House’s malicious sabotage of the US Postal Service ahead of the election and people’s right to vote, you really have to wonder how deep this corruption goes.

Anyway, go vote on November 3rd, or if you’re mailing your ballot, make sure to get a huge jump on the deadline. Until then, watch Marge Simpson politely take Ellis to school below.