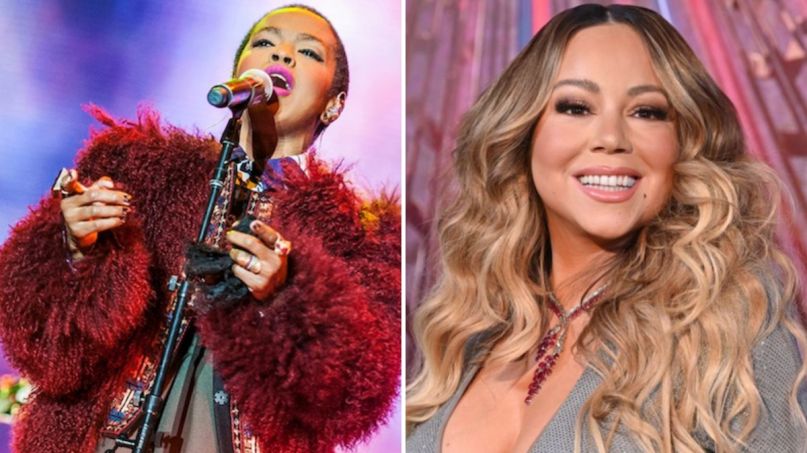 In celebration of the 30th anniversary of her self-titled debut, Mariah Carey has announced a new collection called The Rarities. Included in the 32-track compilation are a number of unreleased songs, including the newly revealed collaboration with Ms. Lauryn Hill, “Save the Day”.

Due out October 2nd, The Rarities will include fan-favorite songs like “Always Be My Baby” and “Hero” alongside rare tracks (natch) and never-before-released recordings. The second half of the two-disc collection will feature a live album capturing Carey’s first-ever Japanese concert. The performance took place on March 7th at the Tokyo Dome during her “Daydream World Tour”, the first of three sold-out nights that were the fastest selling shows in the venues history.

“This one is for you, my fans,” Carey said in a tweet announcing Rarities. “It’s to celebrate us, and to thank you for years of pure love and support. I am so grateful to you.”

As a first taste at what the iconic pop star found in her vault, she’s shared the HIll collab “Save the Day”. Take a listen below. Meanwhile, pre-orders for The Rarities are going on now.

Fans will get more of Mariah this fall, as she’s also dropping her new memoir, The Meaning of Mariah Carey. That book is due September 29th, and you can pre-order it now. Carey started off the year getting inducted into the Songwriters Hall of Fame, so she’s having herself a relatively excellent 2020, all things considered.

This one is for you, my fans. It's to celebrate us, and to thank you for 🤫 years of pure love and support. I am so grateful to you 🐑❤️ THE RARITIES album is out October 2 🦋 Pre-order now: https://t.co/vZ4SBXQ8hg pic.twitter.com/4JRW51QxVq