"You think I'm about to tell the police that... us Black people got a gun in the car?" 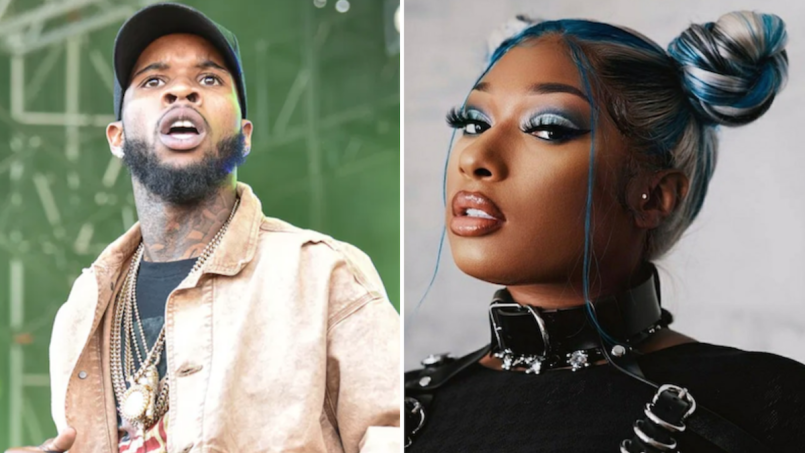 Over a month after it was first reported that Megan Thee Stallion was shot in the foot, the “WAP” rapper has confirmed that it was Tory Lanez who pulled the trigger.

News broke in mid-July that Lanez, real name Daystar Peterson, had been arrested for suspicion of possession of a concealed weapon. Megan, né Megan Pete, was in the vehicle with Lanez at the time and reported suffering glass wounds on her feet. However, the very next day, she took to social media to reveal she had actually been shot in both her feet “as a result of a crime that was committed against me and done with the intention to physically harm me.”

At the time, the Los Angeles Police Department said Megan had not reported any crime. Over the next few weeks, however, she continued to discuss the experience, including surgery she called “just the worst experience of my life,” but never named her shooter. That was until yesterday when she tweeted, “Lie one more time and ima quit sparing you.” Then during an Instagram Live stream last night, she spoke directly to her fans and called out Tory Lanez.

“Yes this n*gga Tory shot me. You shot me, and you got your publicist and your people going to these blogs lying and shit,” Megan said in the video. “Stop lying. Why lie?”

Megan went on to explain that she, her friend, Lanez, and his bodyguard were in an SUV leaving a party at “Kylie’s house” (we have to assume that’s Kylie Jenner). Everyone was arguing, and Megan exited the front seat to because she wanted to end the disagreement. She claimed Lanez shot her from the back seat of the car. She denied slapping him, as has been rumored on social media, and said there was a neighborhood witness who saw the incident and called the police.

As for why Megan didn’t tell the LAPD she’d been shot, well, this is 2020, and her reasoning rings far too familiar:

Lanez, meanwhile, was released on bail after his arrest and has yet to be charged with anything related to the shooting. Police and prosecutors told AP that an investigation is ongoing. The news agency also said Lanez’s representatives have ignored numerous requests for comment.

Megan Thee Stallion was likely hoping to put this incident behind her since she and Cardi B released “WAP”, the nearly undisputed song of the summer. Of course, even that track’s success has been marred by controversy, with everyone from republican candidates to Tucker Carlson to Tiger King stars criticizing the song and video’s explicit sexual liberation.

Find the video in which Megan names Tory Lanez as her shooter below.

Lie one more time and ima quit sparing you

Okay @theestallion telling it all pic.twitter.com/rIpNn0pWlz