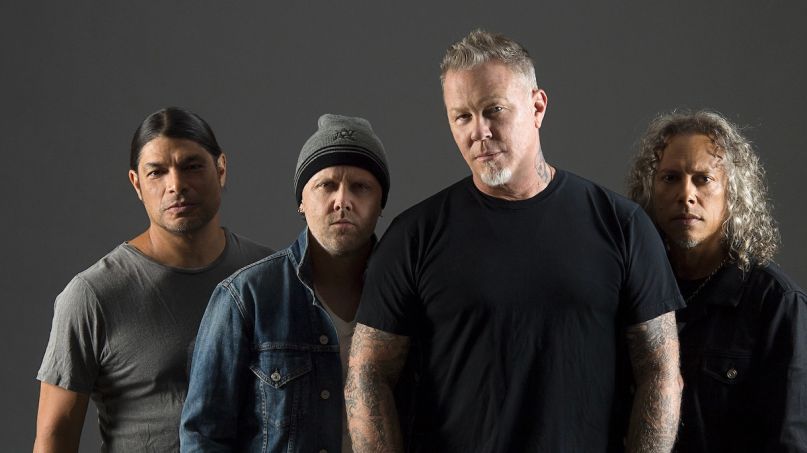 Metallica are set to play their first concert of 2020 as part of a one-night only broadcast shown at drive-in and outdoor theaters throughout the United States and Canada on August 29th.

The metal legends are the first rock band to be featured in the new Encore Drive-In Nights series, which presents shows specially filmed for screenings at drive-in and outdoor theaters. Metallica’s concert will be filmed at an undisclosed location in Northern California, and edited and mixed by Metallica’s own production team.

The show will mark the band’s first concert since a pair of S&M2 gigs with the San Francisco Symphony at the Chase Center last September. Those performances are captured on the upcoming release, Metallica and San Francisco Symphony: S&M2, which will arrive on August 28th, one day prior to the screening.

Tickets for the drive-in concert screening are being sold for $115 per carload (up to six people), and will include four digital downloads of Metallica and San Francisco Symphony: S&M2.

A press release promises that social-distancing measures will be in place at each location, with cars placed at least six feet apart and theater staff wearing personal protective equipment.

The news of the drive-in screening comes just a few days after the four members of Metallica hit a rehearsal room together for the first time since the pandemic started. Along with video of the band jamming from the studio, Metallica teased an upcoming appearance on Howard Stern’s SiriusXM show. It could very well be that they were also rehearsing for the drive-in concert performance.

Canadian rockers Three Days Grace will serve as the opening act for the drive-in screening. For tickets and a full list of participating theaters, click here. Tickets go on sale to the general public beginning this Friday (August 14th), with a pre-sale beginning Wednesday (August 12th) for Metallica fan-club members. See drummer Lars Ulrich discuss the upcoming performance in the tweet below.

We’re bringing the Metallica live experience to a drive-in theater near you on August 29 with a concert filmed for the big screen, presented by @encoredrivein! Tix go on sale Friday, 8/14 with a Fifth Member presale on Wednesday, 8/12. Visit https://t.co/USlKNdaEll for more info. pic.twitter.com/AiD8sPe4IS